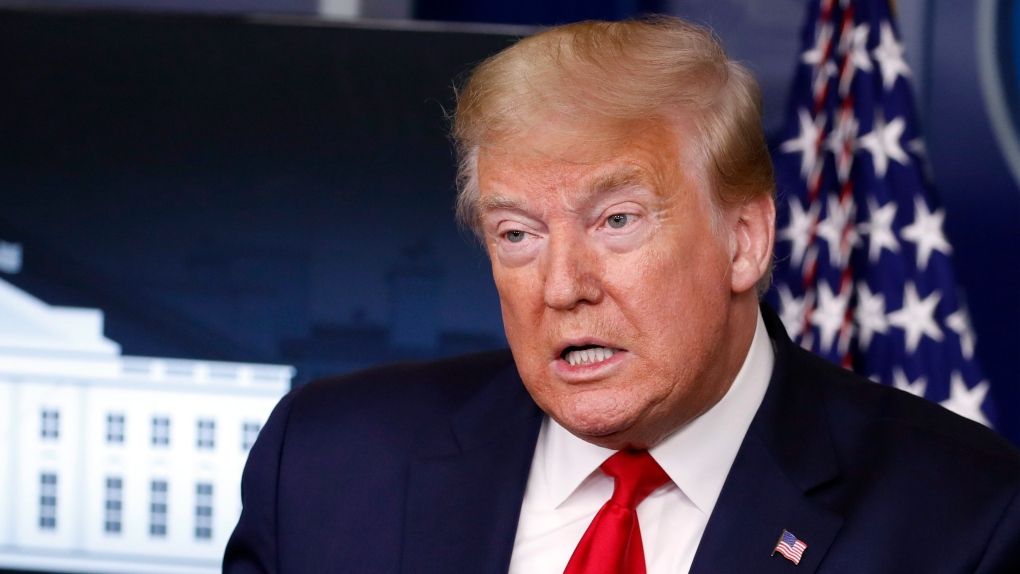 U.S. President Donald Trump speaks with reporters about the coronavirus in the James Brady Briefing Room of the White House, Friday, May 22, 2020, in Washington. (AP Photo/Alex Brandon)

TORONTO -- U.S. President Donald Trump is no longer taking the malaria drug hydroxychloroquine, he said in an interview Sunday, after weeks of promoting it as a treatment for the novel coronavirus.

In an interview with Sinclair Broadcast's program "Full Measure With Sharyl Attkisson,” Trump said he had completed a two-week course of the drug, which has not been proven to prevent or treat COVID-19.

“Finished, just finished, yeah,” he said. “And by the way, I’m still here. To the best of my knowledge, here I am.”

A week ago, Trump revealed that he had been taking the drug himself to protect against the virus, despite his own officials cautioning that the drug should not be used outside of hospital or research settings, due to potentially fatal side effects.

His doctor did not prescribe it to him, he said. He requested it specifically.

The FDA-approved drug is used to treat malaria as well as lupus and arthritis. Trump has frequently touted it as a potential treatment in his press briefings, citing anecdotal evidence and limited studies.

In the Full Measure interview, Trump said he took the drug because two staffers in the White House had tested positive, reiterating that he had heard “tremendous reports” about the drug’s effects.

“[Hydroxychloroquine] has had tremendous, if you look at it, tremendous, rave reviews,” he said.

No rigorous, large-scale study has found the drug to be effective for treating or preventing COVID-19.

The World Health Organization announced Monday that it was temporarily dropping hydroxychloroquine from its list of experimental treatments under study. The WHO pointed to a paper published last week in the Lancet that said those taking the drug could be at a higher risk of death and heart problems.