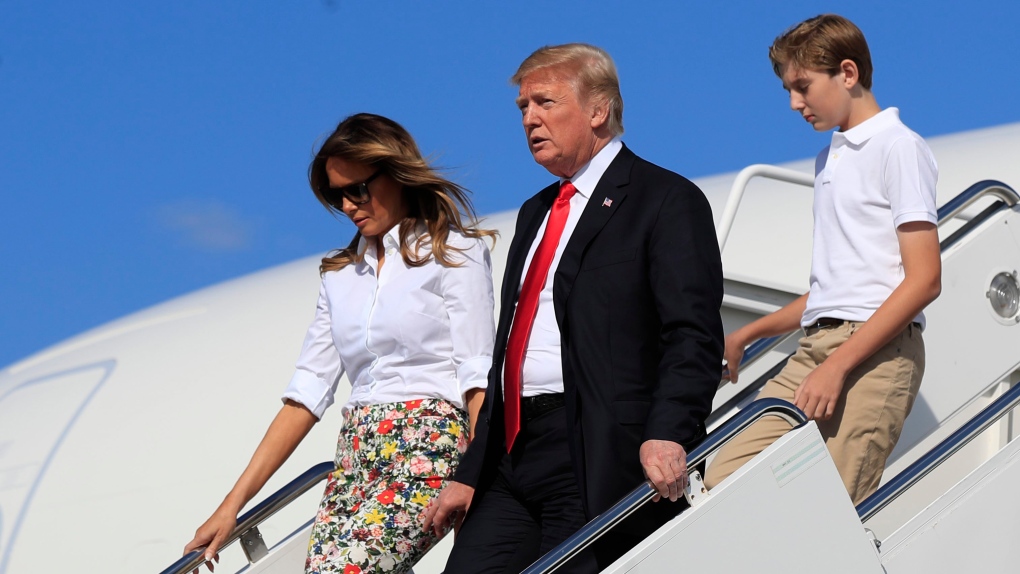 MORRISTOWN, N.J. -- U.S. President Donald Trump said Friday he plans to bring up Russian election meddling during his upcoming summit with Vladimir Putin, part of a wide-ranging list of topics that could include sanctions and the status of Crimea.

Trump told reporters aboard Air Force One that he planned to discuss Ukraine, Syria and Crimea as well as election interference when he meets with the Russian president in Helsinki, Finland, next month in a summit he said could help defuse tensions between Moscow and Washington.

"We'll be talking about elections. We don't want anybody tampering with elections," Trump said. The president has repeatedly minimized the conclusion of the U.S. intelligence community that Russia meddled in the 2016 election to help him win.

He tweeted Thursday, "Russia continues to say they had nothing to do with Meddling in our Election!" And he has called the FBI's investigation into potential Russian co-ordination with his campaign a "witch hunt" designed to delegitimize his presidency.

Asked if the U.S. might recognize Crimea to be part of Russia, he said, "We're to have to see" and then said the situation was handled "unfortunately" by his predecessor, President Barack Obama.

Trump has previously suggested Russia should be allowed to return to the Group of Seven -- formerly Eight -- economic powers. Putin was expelled from the international group in 2014 after Russia moved troops into eastern Ukraine and annexed the Black Sea peninsula of Crimea. Leaders of the other G-7 nations -- Britain, Canada, Italy, France, Germany and Japan -- have all made clear Russia is not welcome back until and unless it gives Crimea back to Ukraine.

The Obama administration, along with the European Union and individual allied countries, imposed sanctions on Russia over Crimea, and even members of Trump's Cabinet have said they will not be lifted until the situation is resolved.

During the flight Friday to his New Jersey golf resort, Trump was also asked to preview next month's NATO summit in Brussels. He reiterated his plans to push fellow NATO members to devote more of their budgets to defence.

"Germany has to spend more money," he said. "Spain, France, it's unfair what they've done to the United States."