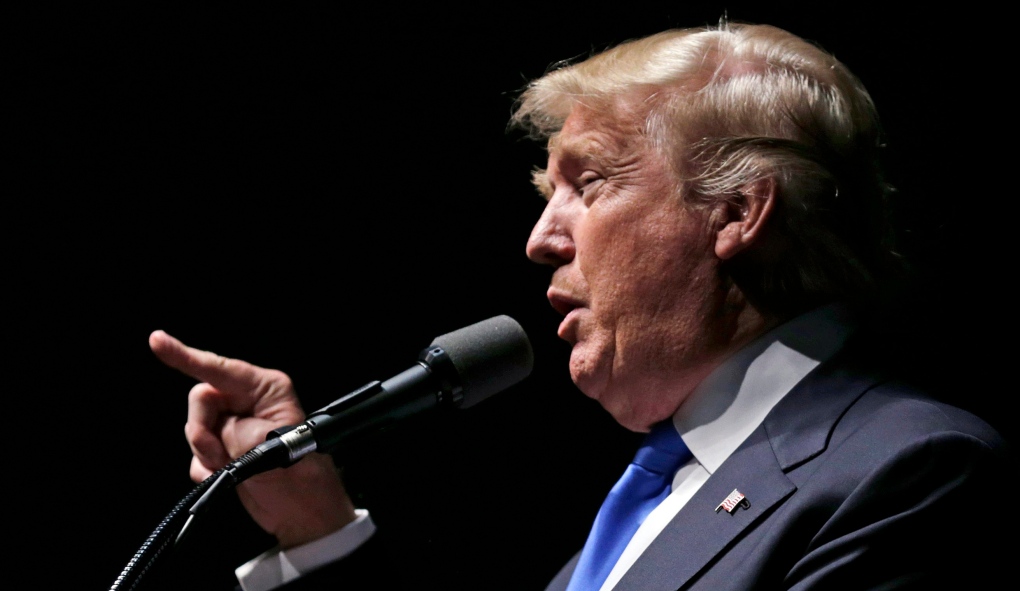 CHEYENNE, Wyo. -- Donald Trump's presidential campaign has all but thrown in the towel in Wyoming ahead of Saturday's Republican convention.

The billionaire businessman's campaign made a conscious decision not to commit resources to Wyoming, according to Alan Cobb, a senior Trump adviser.

Trump picked only up a single delegate in last month's Wyoming county conventions while rival Ted Cruz scored nine. There are 14 more delegates at stake at this weekend's state convention.

In a telephone interview with The Associated Press from the convention site in Casper, Cobb said Friday that he expects Cruz to sweep what remains of the 29 delegates up for grabs in the Wyoming convention.

"This process is favourable toward party-insider folks," Cobb said. "When you don't have a vote of the people, it just favours (Cruz)."

While Cruz' campaign has been working for months lining up support among Wyoming's Republican insiders, Trump's campaign has limited mobilization in the state, and the candidate has not spent any time campaigning there. Cruz is scheduled to attend Saturday's convention.

The state party's arcane system of allocating delegates through county meetings followed by the state convention doesn't favour the disorganized.

If Cruz performs as expected, Wyoming's result could mirror that of Colorado, where Cruz swept all 34 delegates earlier this month. Trump encouraged supporters to demonstrate against the Colorado party's presidential nominating process Friday at the state capitol in Denver.

"The very insider, narrow pathways like Wyoming, they just don't work very well for us," Cobb said. "Campaigns make strategic choices on where to go and where to invest, and just given your process here, it just doesn't lend itself to our kind of campaign and candidate."

Sarah Palin had been scheduled to speak for Trump in Casper on Saturday but the 2008 Republican vice-presidential nominee cancelled her appearance on Thursday. Cobb said he may wind up giving Trump's address.

Even so, Cobb said he still sees Trump on track to win the 1,237 delegates required to secure the Republican nomination on the first ballot at the national convention this summer. "We've got the Northeast states," he said. "I think we'll do well in California, Oregon, Washington."

By contrast, the Cruz campaign in Wyoming has been well organized for months. Ed Buchanan, a former Wyoming House speaker, is state campaign chairman.

"Of course, we've been working at this since last fall, and really attempted to identify folks at the precinct level, and the caucus level and then at the county conventions, and that's why we had some success on March 12," Buchanan said Friday. "And so we've just continued that effort."

Buchanan said he sees Cruz as a natural fit for voters in Wyoming, a state where registered Republicans outnumber Democrats by roughly 140,000 to 41,000. Buchanan said people support Cruz because of his conservative values and the fact he's a fellow westerner.

On the Democratic side, Bernie Sanders arrived in Rome on Friday to attend a Vatican conference dealing with his lifelong passions of economic and social justice, briefly departing New York just days before its critical primary to show solidarity with the teachings of Pope Francis.

Sanders made the trip hours after Thursday night's Brooklyn debate with front-runner Hillary Clinton and said the opportunity to address the Vatican conference was too meaningful to pass up. The roughly 24-hour visit will precede the crucial New York primary on Tuesday.

"The theme from the conference, which is essentially how we create a moral economy, is one that has occupied my attention for decades. And the teachings from Pope Francis have moved me very much," the Vermont senator said.