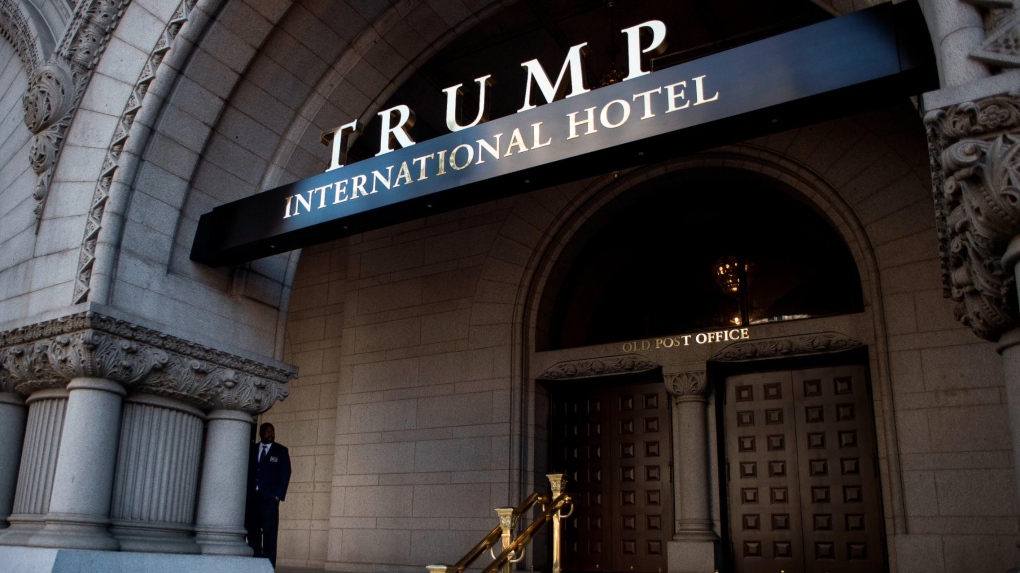 Former U.S. President Donald Trump's company is in advanced talks to sell the lease for its marquee hotel in Washington, DC, for more than $370 million, according to a person familiar with the matter. (Gabriella Demczuk/Getty Images)

Former U.S. President Donald Trump's company is in advanced talks to sell the lease for its marquee hotel in Washington, DC, for more than US$370 million, according to a person familiar with the matter.

Miami investment fund CGI Merchant Group is in advanced negotiations with the Trump Organization, the person said. As part of the discussions, CGI has held talks with Hilton, the hotel operator it has partnered with in the past, about removing the Trump name from the ornate building steps from the White House and replacing it with another luxury brand name.

The advanced discussions and deal terms were first reported by The Wall Street Journal.

A representative for CGI declined to comment. The Trump Organization could not be reached.

Hilton did not confirm the discussions.

"Hilton is committed to growing its presence globally," said Hilton's Meg Ryan. "We are always focused on meeting our guests' needs in the destinations where they want to travel -- with the right hotel in the right place at the right time. We continue to recognize the opportunity for growth in the nation's capital. However, we have nothing to confirm at this time."

Last week, the House Oversight Committee released documents showing the Trump property, which attracted conservative lobbyists throughout the presidency, lost $70 million while Trump was in office. The company has been trying to sell the property since 2019 but paused last year when the pandemic all but shuttered the hospitality industry.

Baseball slugger Alex Rodriguez's company is a large investor in CGI's hospitality fund, which would likely be tapped as part of the deal.

Any deal will need to undergo a 60-day review from the General Services Administration, the government entity that owns the property.

The official also said the Trump Organization must also provide GSA with detailed information showing that the prospective buyer meets certain requirements. This information includes descriptions of the prospective buyer's intended use; its authorization to operate a business in the jurisdiction; its qualification to do business with the federal government; and its financial and operational capabilities -- none of which has been done.