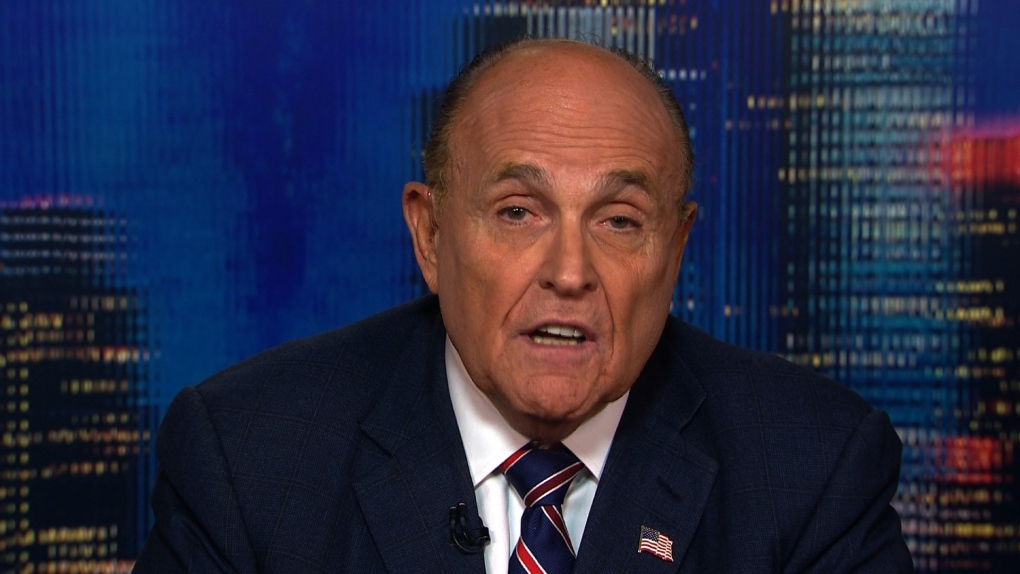 Rudy Giuliani, President Donald Trump's personal lawyer, left two apparently unintended voicemails on a reporter's phone this fall in which he discussed his need for hundreds of thousands of dollars and disparaged the Biden family, NBC reported. (CNN)

Rudy Giuliani, U.S. President Donald Trump's personal lawyer, left two apparently unintended voicemails on a reporter's phone this fall in which he discussed his need for hundreds of thousands of dollars and disparaged the Biden family, NBC reported on Friday.

The unwitting calls and messages from Giuliani, colloquially called "butt-dials," come as sources tell CNN that Giuliani has been approaching defense attorneys for possible representation following escalating reports regarding a federal investigation into his dealings in Ukraine.

"Tomorrow, I've got to get you on Bahrain. You've got to call," Giuliani tells an unidentified associate in an October 16 voicemail posted by NBC.

"The problem is we need some money," Giuliani later adds when referencing a "Robert" who the unidentified associate said was in Turkey, pausing for several seconds before specifying, "We need a few hundred thousand."

Giuliani told CNN's Dana Bash on Friday that the voicemail is "helpful because it shows that I don't do anything dishonest," saying it was completely unrelated to anything in Ukraine but declined to specify to what it was related.

"The $200,000 is for another project in another country," Giuliani said. He called the project a "non-legal security matter" completely unrelated to anything related to Ukraine or Trump, but declined to specify what it was related to.

Giuliani said that the call pertained to a "change in personnel on a different project" that "will require an additional charge for the client."

In a September voicemail also posted by NBC, Giuliani hurled political attacks at former Vice President Joe Biden and his son Hunter Biden similar to his more recent allegations that Biden improperly tried to help his son by pressuring the Ukrainian government to fire the country's prosecutor general while Hunter served on the board of the Ukrainian natural gas company. There is no evidence of wrongdoing by Joe or Hunter Biden.

When asked about his comments in the message on the Bidens, Giuliani said that he was referencing the "strong case that exists about four decades of the Biden family stealing money."

Andrew Bates, a spokesperson for the Biden campaign, laughed off Giuliani's call.

"Poor Rudy's so scared for his boss that he's even in 'noun, verb, lie about Joe Biden' mode in his downtime," Bates said in a statement. "It's almost like his shady obsessions could land him in a 100% metaphorical prison."