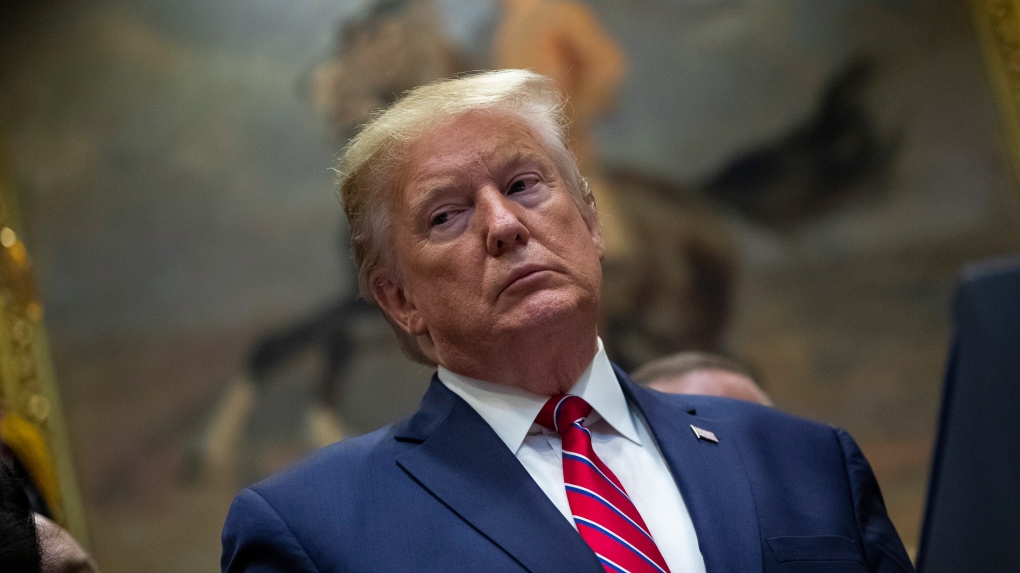 WASHINGTON -- U.S. President Donald Trump has pardoned a former U.S. Army commando set to stand trial next year in the killing of a suspected Afghan bomb-maker and a former Army lieutenant convicted of murder for ordering his men to fire upon three Afghans, killing two, the White House announced late Friday.

The commander in chief also ordered a promotion for a decorated Navy SEAL convicted of posing with a dead Islamic State captive in Iraq.

White House press secretary Stephanie Grisham said in a written statement that the president is responsible for ensuring the law is enforced and that "mercy is granted," when appropriate.

"For more than 200 years, presidents have used their authority to offer second chances to deserving individuals, including those in uniform who have served our country," she said. "These actions are in keeping with this long history."

Trump said earlier this year that he was considering issuing the pardons.

"Some of these soldiers are people that have fought hard and long," he said in May. "You know, we teach them how to be great fighters, and then when they fight sometimes they get really treated very unfairly." At the time, Trump acknowledged opposition to the possible pardons by some veterans and other groups and said he could make a decision after trials had been held.

One of the pardons went to Maj. Mathew Golsteyn, a former Green Beret accused of killing a suspected bomb-maker during a 2010 deployment to Afghanistan. Golsteyn was leading a team of Army Special Forces at the time and believed that the man was responsible for an explosion that killed two U.S. Marines.

He has argued that the Afghan was a legal target because of his behaviour at the time of the shooting.

The second pardon went to 1st Lt. Clint Lorance, who had been convicted of murder for ordering his soldiers to fire upon three unarmed Afghan men in July 2012, killing two. Lorance has served more than six years of a 19-year sentence at Fort Leavenworth, Kansas.

Trump also ordered a promotion for Special Warfare Operator 1st Class Edward Gallagher, the Navy SEAL convicted of posing with a dead Islamic State captive in Iraq in 2017. Gallagher was in line for a promotion before he was prosecuted, but he lost that and was reduced in rank after the conviction.

Last month Adm. Mike Gilday, the U.S. chief of naval operations, denied a request for clemency for Gallagher and upheld a military jury's sentence that reduced his rank by one step. One of Gallagher's lawyers, Timothy Parlatore, said then that ruling would cost Gallagher up to $200,000 in retirement funds because of his loss of rank from a chief petty officer to a 1st class petty officer.

Gallagher ultimately was acquitted of the most serious charges against him. Grisham said the reinstatement of the promotion was "justified," given Gallagher's service.

"There are no words to adequately express how grateful my family and I are to our President - Donald J. Trump - for his intervention and decision," Gallagher said in a statement on Instagram. "I truly believe that we are blessed as a nation to have a Commander-in-Chief that stands up for our warfighters, and cares about how they and their families are treated."

Parlatore said Friday that his client had received a telephone call from Trump and Vice-President Mike Pence informing him of the news.

Golsteyn's trial by court-martial initially had been scheduled for December but was postponed until Feb. 19 to give attorneys more time to prepare. His defence attorney, Phillip Stackhouse, had said he was encouraged by the president's interest in his client's case.

"Trump has sent a clear message of disrespect for law, morality, the military justice system, and those in the military who abide by the laws of war," Shamsi said in a statement.

Defence officials, including Defence Secretary Mark Esper met with Trump and provided him information on the cases.

Asked last week if he supported the exoneration of Gallagher, Golsteyn and Lorance, Esper told reporters that he had a "robust discussion" with the president about the issue and offered his advice and recommendations. He declined to provide more details, but said, "I do have full confidence in the military justice system and we'll let things play out as they play out."