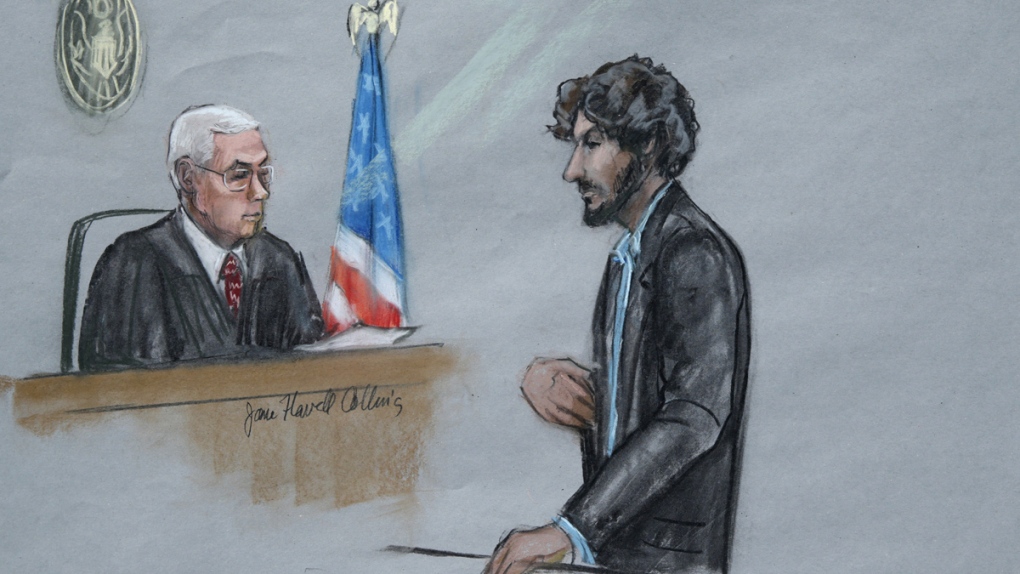 "Rarely has anybody deserved the death penalty more than the Boston Bomber, Dzhokhar Tsarnaev," Trump tweeted.

"So many lives lost and ruined. The Federal Government must again seek the Death Penalty in a do-over of the original trial. Our Country cannot let the appellate decision stand," he added.

Tsarnaev, 27, was sentenced to death in 2015 for planting two homemade bombs near the finish line of the race in 2013, killing three people and injuring 264 others.

He has admitted carrying out the attack as a 19-year-old with his older brother, Tamerlan Tsarnaev, who died four days after the atrocity in a gunfight with police.

Citing in particular issues with neutrality in the jury selection process, a federal appeals court in Massachusetts on Friday upheld most of Tsarnaev's convictions but instructed a district court to hold a new penalty-phase trial to determine his fate for crimes that carried the death sentence.

Regardless of the new trial's outcome, Tsarnaev will remain "confined to prison for the rest of his life," the three appellate judges said.

Attorneys for Tsarnaev, a U.S. citizen who came to the United States from the former Soviet Union as a child, have always claimed that his brother was more culpable of the two, saying Dzhokhar had no history of violence.

Trump has regularly called for increased use of the death penalty, and in the runup to the November 3 election -- in which Trump is seeking a second term in the White House -- his administration appears determined to carry out a record number of federal executions.

Federal death penalty cases are rare in the United States, though three inmates were executed this month after Trump ordered a resumption of federal executions following a 17-year hiatus.

A fourth is scheduled for late next month.

....and ruined. The Federal Government must again seek the Death Penalty in a do-over of that chapter of the original trial. Our Country cannot let the appellate decision stand. Also, it is ridiculous that this process is taking so long!