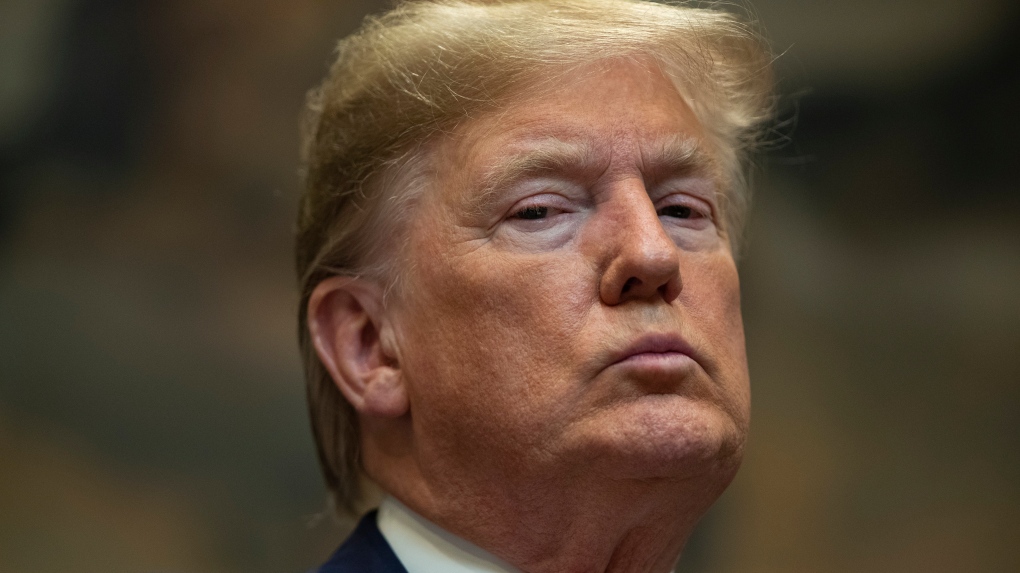 A commission stood up by U.S. President Donald Trump as a rebuttal to schools applying a more accurate history curriculum around slavery in the U.S. issued its inflammatory report on Monday, Martin Luther King Jr. Day.

Trump announced that he was establishing the commission last fall, following a slew of Black Lives Matter demonstrations across the country. He blamed the school curriculum for violence that resulted from some of the protests, saying that "the left-wing rioting and mayhem are the direct result of decades of left-wing indoctrination in our schools."

A sitting U.S. president typically has the power to dissolve existing presidential commissions and advisory councils, which sometimes provide reports and recommendations to the White House.

It's not clear what action President-elect Joe Biden will take with the commission once he's in office.

Trump's presidency has been marked by his racist statements and actions, including his incitement of a mob, which included White supremacists, to storm the U.S. Capitol on January 6 in protest of Biden's victory.

A White House statement calls the report "a dispositive rebuttal of reckless 're-education' attempts that seek to reframe American history around the idea that the United States is not an exceptional country but an evil one."

The report, released less than two weeks after supporters of the President stormed the U.S. Capitol building, calls today's ideological divisions akin to those experienced during the Civil War.

"Americans are deeply divided about the meaning of their country, its history, and how it should be governed. This division is severe enough to call to mind the disagreements between the colonists and King George, and those between Confederate and Union forces during the Civil War," the report states.

The report's authors also argue that "the Civil Rights Movement was almost immediately turned to programs that ran counter to the lofty ideals of the founders," specifically criticizing affirmative action policies.

"Today, far from a regime of equal natural rights for equal citizens, enforced by the equal application of law, we have moved toward a system of explicit group privilege that, in the name of 'social justice,' demands equal results and explicitly sorts citizens into 'protected classes' based on race and other demographic categories," the report states. "Eventually this regime of formal inequality would come to be known as 'identity politics.' "

The commission is chaired by Larry Arnn, the president of Hillsdale College. He drew criticism for his comments in 2013 when he said state officials visited the college to see whether enough "dark ones" were enrolled The commission's vice chair, Carol Swain, once wrote that Islam "poses an absolute danger to us and our children."

The report argues that identity politics are "the opposite of King's hope that his children would 'live in a nation where they will not be judged by the color of their skin but by the content of their character.'"

Commission members also took aim at feminists and the wide adoption use of ethnic and racial identities in American life, arguing that they were constructed by "activists."

"A radical women's liberation movement reimagined America as a patriarchal system, asserting that every woman is a victim of oppression by men. The Black Power and black nationalist movements reimagined America as a white supremacist regime. Meanwhile, other activists constructed artificial groupings to further divide Americans by race, creating new categories like 'Asian American' and 'Hispanic' to teach Americans to think of themselves in terms of group identities and to rouse various groups into politically cohesive bodies," the report states.

"While not as barbaric or dehumanizing," the report states, identity politics "creates new hierarchies as unjust as the old hierarchies of the antebellum South, making a mockery of equality with an ever-changing scale of special privileges on the basis of racial and sexual identities."

American universities, the report's authors say, are "hotbeds of anti-Americanism, libel, and censorship that combine to generate in students and in the broader culture at the very least disdain and at worst outright hatred for this country." And in a section about to school curriculum, the authors suggest "states and school districts should reject any curriculum that promotes one-sided partisan opinions, activist propaganda, or factional ideologies that demean America's heritage, dishonor our heroes, or deny our principles."

They also declare that "educators must convey a sense of enlightened patriotism that equips each generation with a knowledge of America's founding principles, a deep reverence for their liberties, and a profound love of their country."

The commission does not have authority to enforce the recommendations it has made for educators.