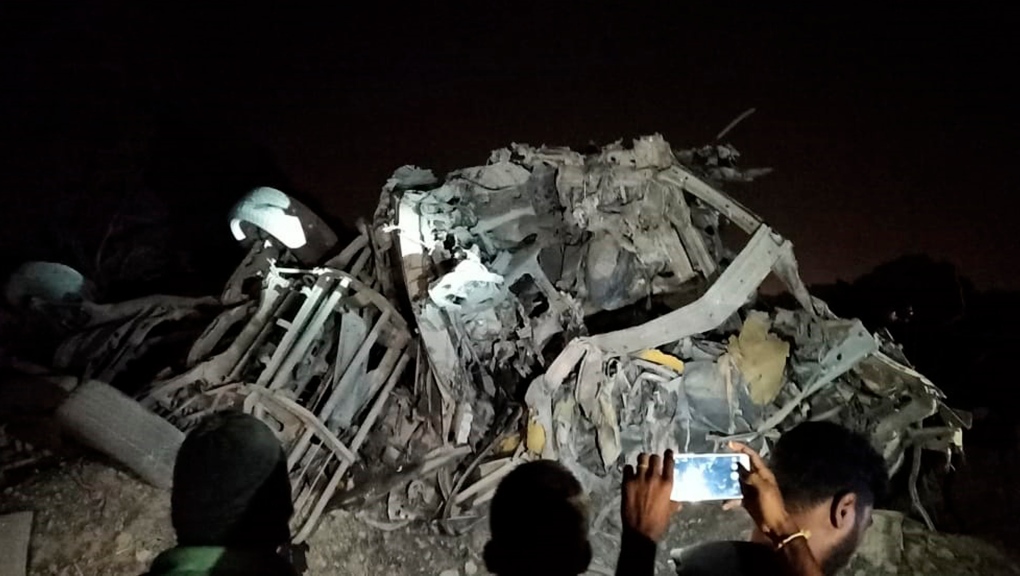 The cause of the explosion on Thursday night is being investigated, said district administrator Shiv Kumar.

The Press Trust of India news agency put the death toll at six near Shivamogga, 300 kilometres (250 miles) southeast of Bengaluru, the capital of Karnataka state.

Two people, including a contractor at the stone-crushing unit, were detained for questioning, PTI said.

Kumar said police were investigating whether those killed were in the truck that blew up or workers at the stone-crushing unit.

Prime Minister Narendra Modi in a tweet said he was pained by the loss of life in Shivamogga.

The state government is providing all possible assistance to those affected, he said.

Pained by the loss of lives in Shivamogga. Condolences to the bereaved families. Praying that the injured recover soon. The State Government is providing all possible assistance to the affected: PM @narendramodi