Tropical Storm Edouard could form off the U.S. Gulf Coast this week 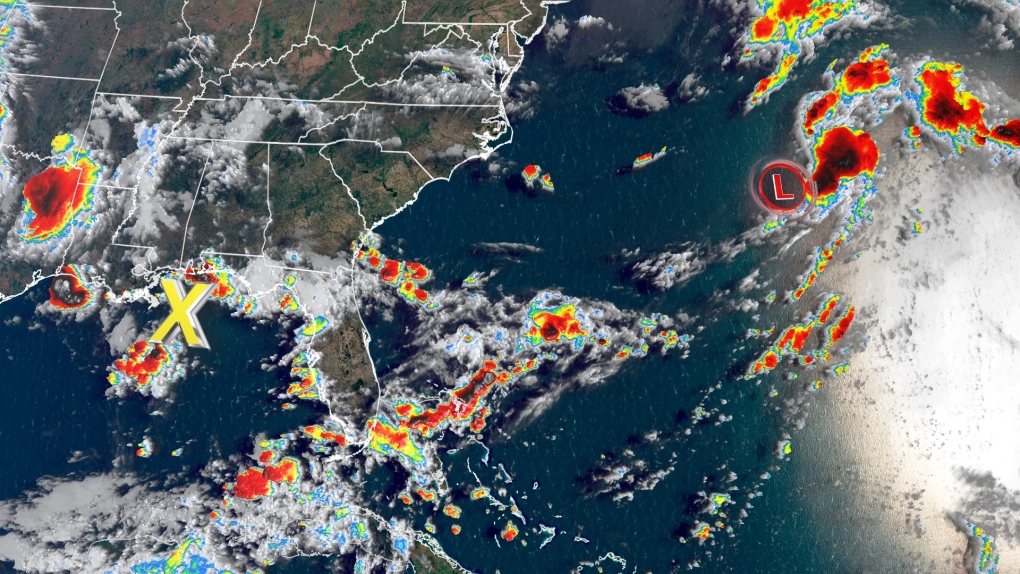 After a two-week lull in the U.S. Atlantic hurricane season cased by Sarahan dust, the tropics are heating back up again.

The official forecast has the depression tracking into the open Atlantic and potentially strengthening into a tropical storm over the next 12 to 24 hours.

If Tropical Depression Five strengthens into a tropical storm it would be named Edouard. "If it gets named, it'll be the earliest fifth Atlantic named storm formation on record, said Phil Klotzbach a research scientist at Colorado State University. "(The) current earliest fifth named storm formation on record in the Atlantic is Emily on July 12 in 2005."

This is not the only system in the Atlantic basin that has the potential to turn into a tropical system this week. There's a broad area of low pressure located off the northern Gulf Coast that is producing disorganized showers and thunderstorms across the region.

The National Hurricane Center gives it a 30% chance of development over the next five days as the system slowly tracks along the Gulf Coast and into the Southeast. Heavy rain is forecast along much of the Southeast through the week, with widespread rainfall totals of 50 to 100 millimetres (2 to 4 inches) and isolated amounts of up to 250 millimetres (10 inches) possible.

"Over the last 30 days the northern half of Florida has picked up 8 to10 inches of rain; same with the coastal regions of Georgia and the Carolinas. So any additional rain from this system could trigger widespread flooding," said CNN Meteorologist Allison Chinchar.

Later in the week this area of low pressure is forecast to emerge off the coast of the Carolinas where conditions for tropical development are expected to be more favourable.