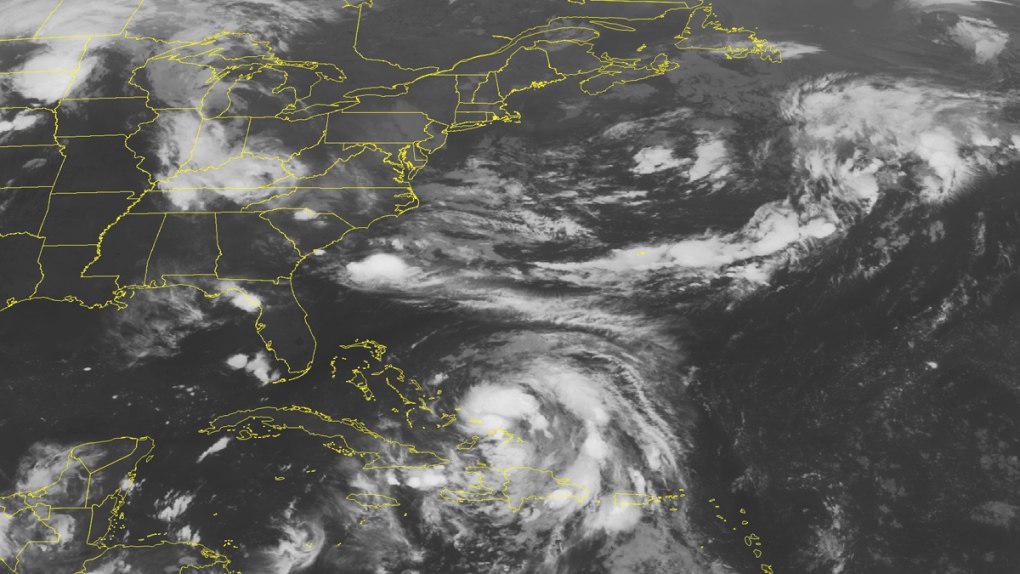 SANTO DOMINGO, Dominican Republic -- Slow-moving Tropical Storm Cristobal lashed parts of the Bahamas and the Turks and Caicos Islands with heavy rainfall on Sunday, and one man died and two other people were earlier left missing when they were caught up by swollen rivers on the island shared by the Dominican Republic and Haiti.

The man who died was drowned when he tried to drive his pickup truck across a rushing river in the Dominican Republic's Hato Mayor, a province northeast of the capital of Santo Domingo, said Juan Manuel Mendez, the country's emergency operations director.

The two missing people were swept away late Saturday by a river that burst its banks in the western Haiti port town of Saint Marc. "We're still looking for the bodies," said Luckecy Mathieu, a civil protection co-ordinator.

The U.S. National Hurricane Center in Miami said Cristobal may strengthen into a hurricane later in the week over the open Atlantic. The storm's centre was expected to curve away from the U.S. East Coast.

Many residents in the sparsely populated southeastern Bahamas and the tiny British Caribbean dependency of the Turks and Caicos Islands hunkered down as Cristobal's rains pelted windowpanes.

Capt. Stephen Russell, head of the Bahamas' emergency management agency, said there had been no reports of damage. Air traffic to the southeastern Bahamian islands had not been suspended, but sea vessels were advised to remain in port, he said.

Turks and Caicos Premier Rufus Ewing advised residents to remain indoors as much as possible because the island chain south of the Bahamas was still experiencing heavy rains and "extensive flooding in low-lying areas," especially on Middle Caicos and North Caicos islands.

"The inclement weather is expected to linger for another 48 hours and the flooding is expected to worsen as a result," Ewing said in a Sunday statement.

Cristobal, which formed as a tropical depression over the Turks and Caicos Islands on Saturday, is the fourth depression of the Atlantic hurricane season.

By late Sunday afternoon, the tropical storm had sustained winds near 75 kph and was located about 250 kilometres east-northeast of the Bahamas' Long Island.

The rain-heavy storm was tracking north at about 13 kph. U.S. forecasters said there should be a decrease in forward speed over the next couple of days, meaning Cristobal's centre is expected to move near to or east of the central Bahamas through Monday.

U.S. forecasters say lingering Cristobal could bring up to 20 centimetres of rain to the Turks & Caicos Islands and southeastern and central Bahamas through Tuesday.

Before strengthening into a storm, it had downed several trees and power lines on Puerto Rico, leaving more than 23,500 people without power and 8,720 without water. There were a handful of reported landslides.

Police said in a statement that a small bridge collapsed Saturday in the central Puerto Rican town of Barranquitas, isolating some 25 families in the area. No one was injured.