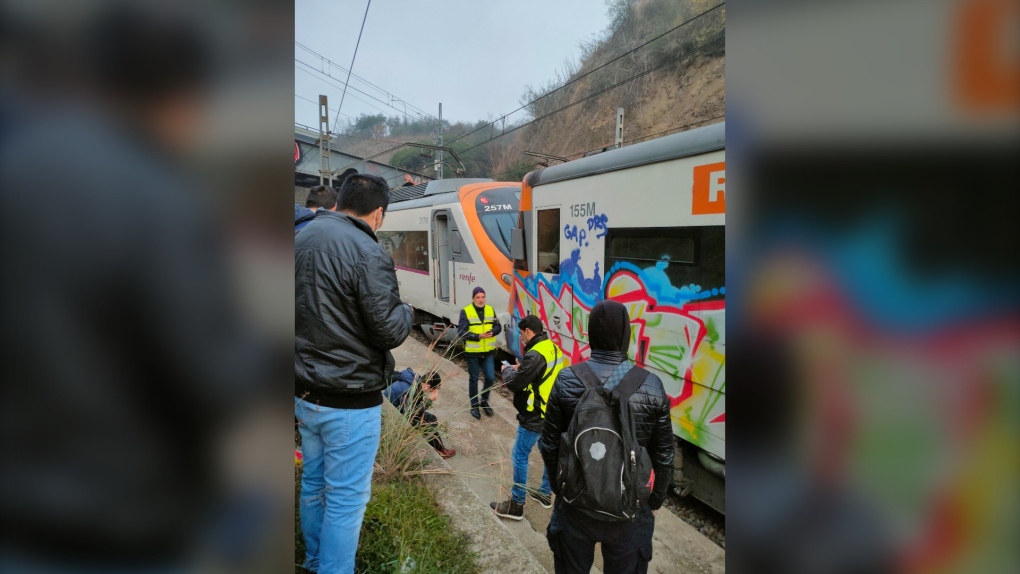 Passengers and railway staff are seen at the scene of a train collision in Montcada i Reixac, Spain, on Dec. 7, 2022. (Josep Jorge via AP)
BARCELONA, Spain -

Emergency services said medics tended to 155 people on site, with 39 later taken to medical centres or further treatment. The reported injuries were limited to knocks and bruises.

The collision occurred near Montcada i Reixac, a town 30 minutes north of Barcelona. Many people make the daily commute from the town and others nearby to Spain's second largest city to work each day.

Spanish Civil Protection said one train was stopped when the second train failed to brake on time and ran into it from behind at around 8 a.m. A total of about 800 passengers were on the two trains. Firefighters said nobody was trapped.

Transport Minister Raquel Sanchez said the causes of the incident were being investigated.