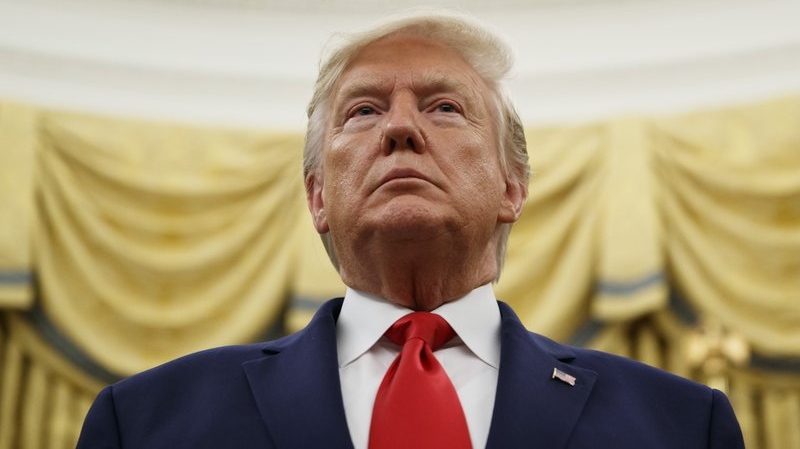 TORONTO -- Since he entered the White House, U.S. President Donald Trump has tweeted the term “fake news” 610 times. But the president isn’t using the term correctly, and a Calgary-based advertising agency hopes to use the power of a trademark to correct the record.

Originally, fake news was used to describe stories published online, typically by partisan websites, that looked like real news stories but were, in fact, not based on facts or balanced information and were often meant to deceive readers.

But in his presidency, Trump has used the “fake news” as an epithet for news organizations or stories he does not like.

To reclaim the term, Wax Partnership in Calgary and the Florida Chapter of the Society of Professional Journalists collaborated on a campaign to spread awareness about what “fake news” really is. They’ve already applied for a trademark for the term and, earlier this week, sent a cease-and-desist letter to the White House.

The campaign is intended as satire, and those behind the campaign don’t expect the “fake news” trademark to get approved. But Nick Asik, creative director at Wax Partnership, said the tongue-in-cheek idea is meant to get people talking.

“The whole trademark bit is the thing that gets people attention to start a larger conversation about fake news and how, ever since President Trump has taken office, he’s kind of weaponized it to cast doubt on many stories that are critical of him and his administration,” Asik told CTVNews.ca in a phone interview from Calgary.

Asik acknowledged the presence of fake news in Canada but said the goal of the campaign was to address what he called “the epicentre” of the problem.

They’ve launched a website, FakeNewsTM.com, with tips on how to spot fake news stories.

The larger hope, Asik said, is to help rebuild trust in reputable news organizations following the onslaught of attacks from Trump.

“When people use that term to describe something that doesn’t agree with their politics, that’s where the term fake news becomes more dangerous, because when people can’t trust the informational that they’re seeing on the news, democracy kind of breaks down,” he said.

“It’s an internet issue and the internet has no border.”