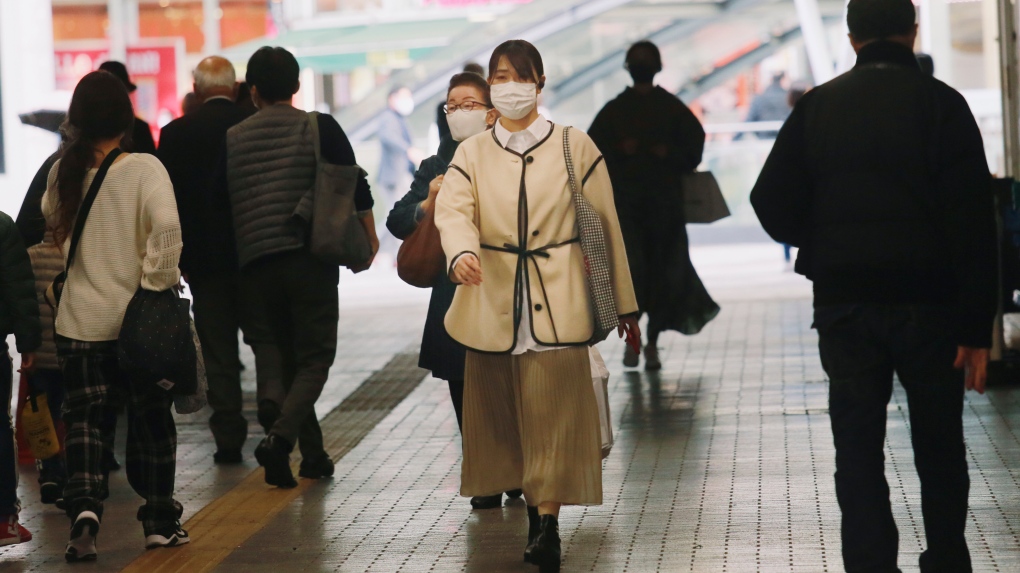 TOKYO -- Authorities in Tokyo announced nearly 500 new cases of the coronavirus on Wednesday, the biggest daily increase in the Japanese capital since the pandemic began, amid a nationwide spike in infections and as the country discusses with Olympic officials how to safely host next summer's games.

The Tokyo metropolitan government said there were 493 new cases, surpassing the city's previous high of 472 recorded on Aug. 1, during the peak of Japan's earlier wave of infections.

The record number of new cases came as International Olympic Committee President Thomas Bach ended his visit to Japan to discuss with Japanese Olympic officials how to safely host the games, which were postponed until next July due to the pandemic.

Japan has seen a steady climb in new cases nationwide in recent weeks, and experts have urged officials to step up preventive measures.

Japanese Prime Minister Yoshihide Suga this week urged people to take precautions against the virus, including wearing masks and washing their hands carefully.

But Suga said the situation still does not require another state of emergency and that there was no need to scale back or suspend the domestic tourism and dining campaigns that the government has promoted.

Japan declared a state of emergency in April and May, making nonbinding stay-at-home and business closure requests, and has managed to prevent infections from becoming as explosive as in Europe and the U.S.

Experts say the wide use of face masks and other common preventive measures, as well as Japan's cultural tradition that lacks touching and kissing, might have helped keep the country's caseload low.

Japan has confirmed 120,815 cases overall, including 1,913 deaths, according to the health ministry.

Canada-U.S. border restrictions expected to remain in place until at least Dec. 21: sources

How many COVID-19 vaccine doses each province will get is still unclear, despite Ontario, Alberta projections

Should schools be closed to combat COVID-19? Officials and experts unsure

'This is deadly serious': Edmonton zone man in his 30s dies of COVID-19 as Alberta reports 730 new cases

Ontario schools will not have an extended winter break

Rapid testing identifies 70 per cent of COVID-19 positive passengers within 48 hours of arriving at airport: study