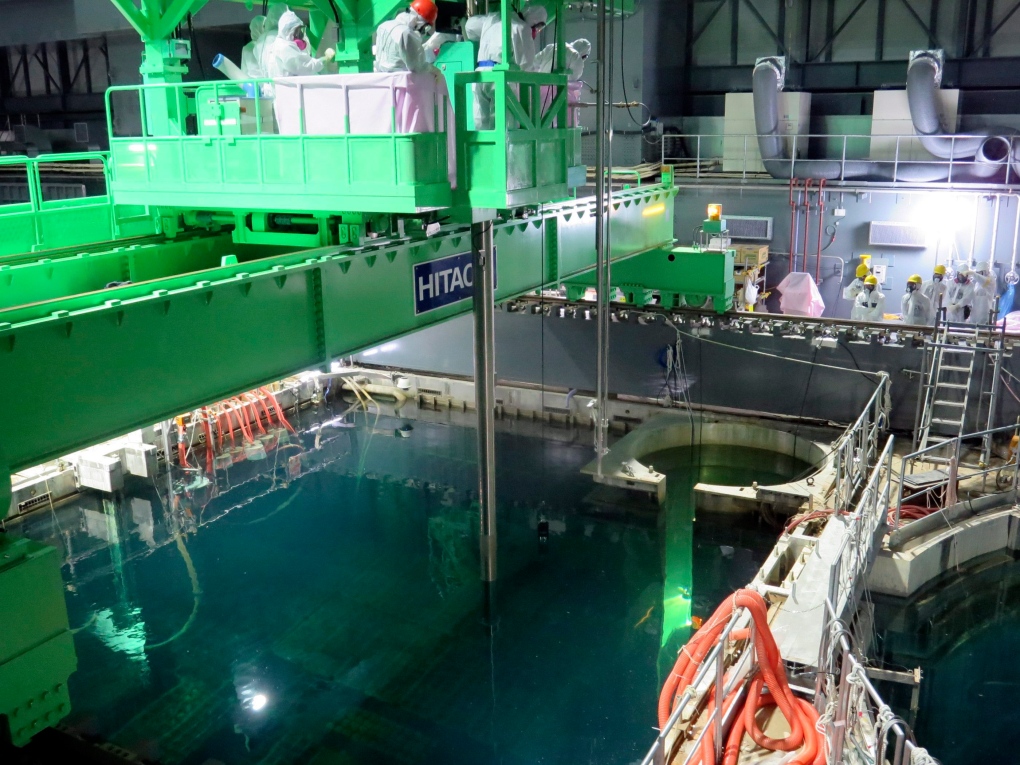 TOKYO -- A government panel proposed additional measures to lessen the radioactive water crisis at Japan's crippled nuclear power plant, saying Tuesday that current plans are not enough to prevent the risk of a disaster.

A draft report, made available to reporters after the panel's experts and officials met, proposes covering the ground with asphalt to reduce rain inflow, building giant tanks and other steps. A final report is expected later this month.

The proposal incorporates ideas from some of 780 sets of proposals sent from around the world at the request of the ministry to seek international expertise in tackling the problem of massive amounts of radioactive water, which experts say is hampering the plant's decommissioning process. The first step of the process began last month.

Radioactive water has been leaking from the damaged reactors and mixing with groundwater since an earthquake and tsunami in 2011 destroyed the plant's power and cooling systems, causing three reactors to melt and damaging a fourth reactor building.

Experts say that the underground water that flows into the reactor and turbine basements is mostly rainwater, which can be reduced by covering most exposed dirt with asphalt in the plant compound. Details, including the extent of asphalt coverage, still need to be discussed, panel official Yoshiyuki Toyoguchi said.

Experts also cautioned that decreasing the amount of groundwater could cause the ground to sink in some areas with soft structure. Such vulnerable locations include the area where hundreds of tanks have been built to contain highly radioactive water, said Hitoshi Tsukamoto, a geologist at the National Institute of Advanced Industrial Science and Technology. He said measures to increase stability underneath the tanks should be taken.

Recent interviews and an investigation by The Associated Press revealed a weak foundation under the tanks. The plant's operator, Tokyo Electric Power Co., has started to improve the design of the tanks and anti-leak measures.

The draft proposals also include building giant tanks with more capacity and installing undersea filters to reduce the radioactivity of water that leaks into the sea. Experts on the panel also proposed establishing a special team to focus on how to deal with massive amounts of tritium, the only isotope that cannot be removed chemically by existing technology.

Dale Klein, former head of U.S. Nuclear Regulatory Commission who now serves as an outside adviser to TEPCO, said the low-energy isotope is less dangerous than other isotopes such as cesium and strontium, and can be safely released into the sea when diluted. He said it is a political decision that Japan has to make.

"The United States had to face that issue when we had the Three Mile Island (nuclear accident). You ultimately have to decide what you are going to do with it," Klein told AP. "That's more of a policy than a technical decision, but it will require TEPCO and the government to explain the ultimate disposition of the filtered water."

U.S. officials evaporated tritium water at the Three Mile Island plant following the 1979 accident, but the method is not recommended for Fukushima, where there is too much and it is likely to come back as tritium rain.

The proposals are part of government efforts to step up leadership and funding of the plant's cleanup, after criticism that dealing with the series of problems is beyond the plant operator's capacity. The government in September announced it will provide 47 billion yen ($470 million) for technically difficult projects such as building a 1.4-kilometre (0.9-mile) ice wall around the four damaged reactors and turbine buildings and developing an upgraded water treatment machine that can remove most radioactive isotopes to below detectable levels.

Leaks and other flaws found in several tanks earlier this year have raised concerns about more failures, particularly if another big earthquake, tsunami or typhoon hits. The plant has more than 1,000 tanks and other containers storing 370,000 tons of partially treated but still highly contaminated water.

Current NRC Chairman Allison Macfarlane, in South Korea for talks with that country's regulators, said the Fukushima plant's water leakage is "much, much less worse" now than early in the crisis, but there is no instant solution to the problem.