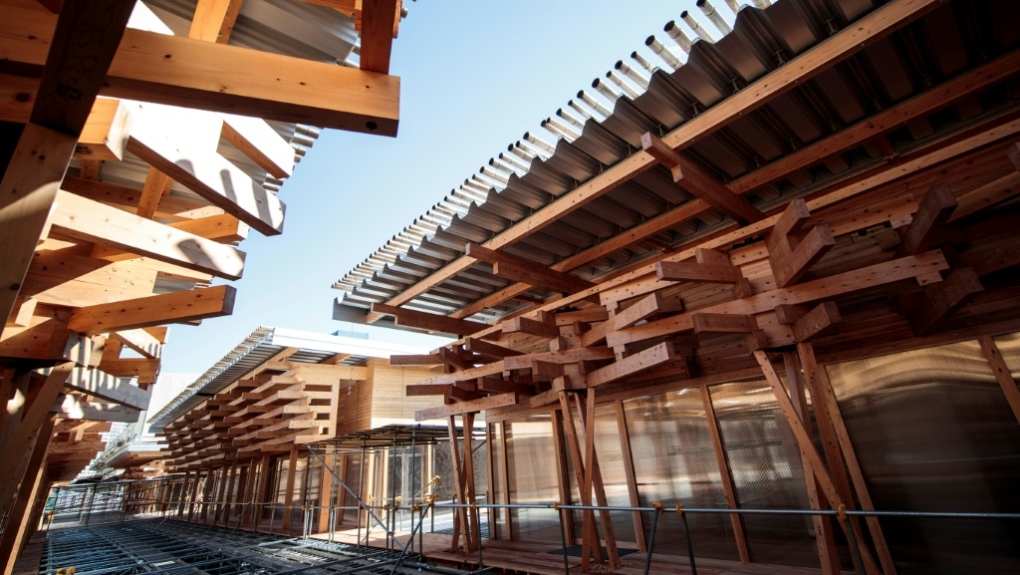 The Village Plaza will be a key part of the Athletes' Village and is constructed largely from wood donated by municipalities across Japan. (AFP)

TOKYO, JAPAN -- The Tokyo 2020 Olympic organizers on Wednesday unveiled the "Village Plaza", a key part of the Athletes' Village that is being built from wood donated by municipalities across Japan.

The facility will be a gathering place for athletes and their teams, as well as the site of welcome ceremonies and press briefings during the Games.

The unusual structure is made mostly from wood, with the floors, walls and parts of the roof using timber including larch, Japanese cedar and Japanese cypress.

The vast complex nods to both modern and traditional elements.

"It's based on Japanese traditional wood buildings, but not on any specific building in particular," said Nariki Makihara, Tokyo 2020 senior manager for venues sustainability.

Novel features include columns made by laying wooden planks at inclines against each other, and roof beams made by weaving planks into a latticework.

The wood has been donated by 63 municipalities across the country, and the facility will be dismantled after the Games, with the timber returned for re-use, a model organizers tout as part of their commitment to a sustainable Olympics.