Tickets to Trump speech promise strong State of the 'Uniom' 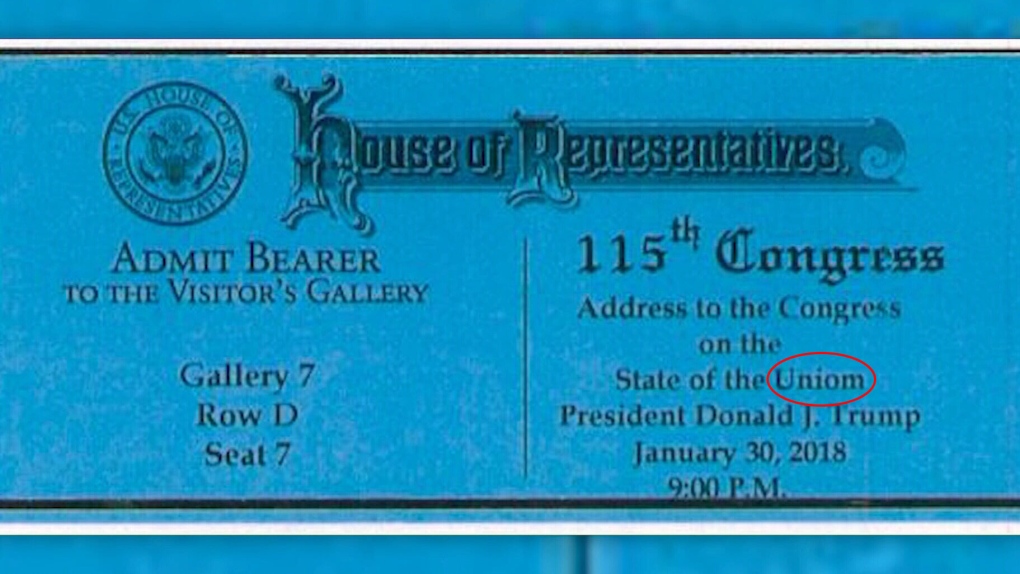 A typo is seen on the ticket for U.S. President Trump's State of the Union address.

WASHINGTON -- Tickets inviting guests to U.S. President Donald Trump's first official State of the Union address Tuesday had to be reissued after a misprint.

The tickets read, "Address to the Congress on the State of the Uniom."

Lawmakers had fun with the glitch: "Looking forward to tomorrow's State of the Uniom," Sen. Marco Rubio of Florida tweeted with a picture of the invite.

Rep. Raul Grijalva of Arizona used the glitch to jab at the secretary of education: "Just received my ticket for the State of the Union. Looks like ΓåòBetsyDeVosEd was in charge of spell checking... .SOTUniom"

The House Sergeant at Arms is responsible for printing and distributing the tickets. An official said a correction was immediately made and all but about a dozen tickets have been exchanged.