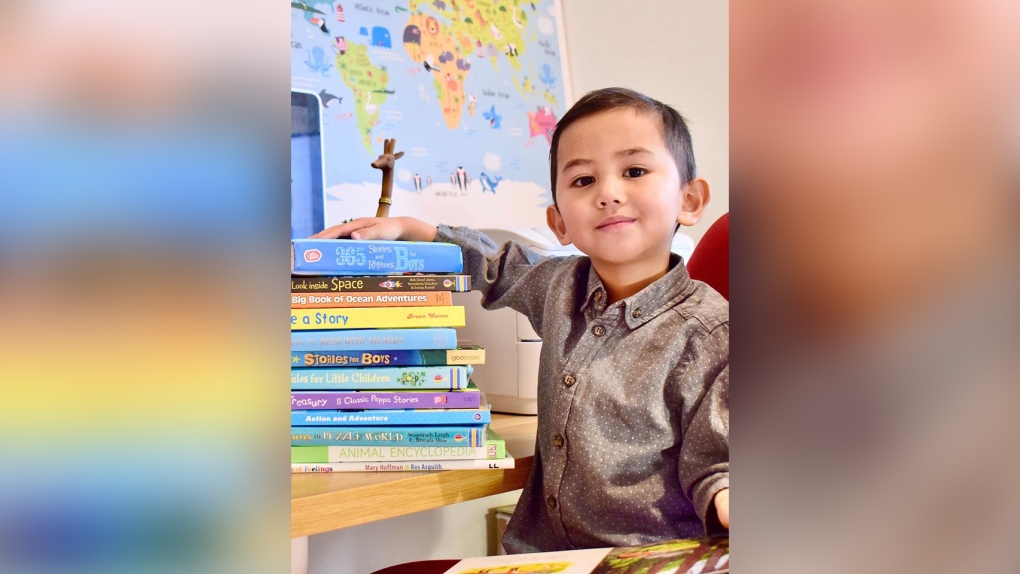 Muhammad Haryz Nadzim was invited to join Mensa after meeting with a psychologist and scoring 142 on the Stanford-Binet IQ test, placing him in the 99.7th percentile, his mother, Nur Anira Asyikin, told CNN. (Courtesy: Nur Anira Asyikin)

A 3-year-old Malaysian boy living in the U.K. has become the youngest member to join Mensa U.K., the largest and oldest international high IQ society in the world, Mensa officials said.

Muhammad Haryz Nadzim was invited to join Mensa after meeting with a psychologist and scoring 142 on the Stanford-Binet IQ test, placing him in the 99.7th percentile, his mother, Nur Anira Asyikin, told CNN.

"Well done to Haryz on his invitation to join Mensa," John Stevenage, the chief executive of British Mensa, said in a statement to CNN. "He is obviously a very bright young man and we are delighted to welcome him to Mensa."

To become a member of British Mensa, an individual must "demonstrate an IQ in the top two per cent of the population," according to their website.

The supervised Mensa IQ test is designed for children and adults above 10 and a half years old. For children less than 10 years, they have to be assessed by an educational psychologist to determine their IQ score.

Along with his evaluation by a psychologist, Haryz' score on the Stanford-Binet played a large role in his acceptance to British Mensa, Mensa spokesperson Charles Brown told CNN. The test consists of a combination of math, reading, memorization, and logical thinking questions.

Haryz mom, an engineer living in Durham, England, says her family knew that he was special even before Mensa. At Kumon, the after school math and reading program, he was named last September to the honor roll for advanced students in both subjects. Although she refers to him as her "mini brainbox," the little genius is a normal kid by all other standards.

"He's very much your typical 3-year-old," Asyikin said. "He really loves painting and reading books, really anything arts and crafts. He loves playing with Legos and Play-Doh especially ..."

And when he isn't painting or building, Haryz enjoys singing.

"We are so proud and happy for Haryz," Asyikin told CNN. "He's not only good at academics, but he's just like other children who loves playing and growing up. We know he will give so much back to society in the future."