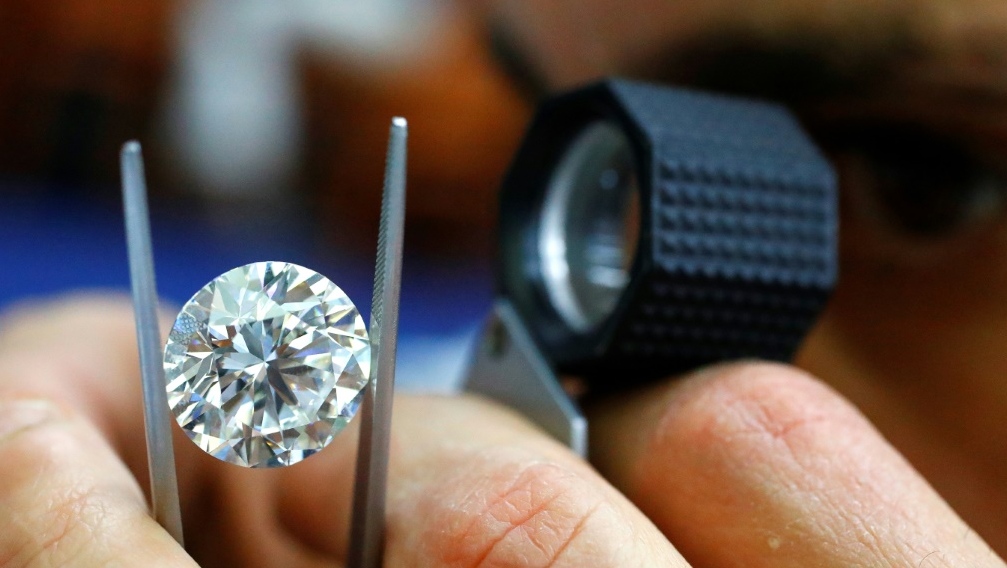 CASTRES, FRANCE -- Three Romanians have been ordered to stand trial in France on charges they made off with one million euros (CAD$1,453,000) worth of diamonds from a French jeweller and his Indian partner, in an elaborate hoax resembling a Hollywood movie script.

The suspects, thought to be members of a network of gem thieves operating across Europe, will go before a judge on March 3 in the southwestern city of Castres, a source close to the inquiry told AFP.

They are accused of snatching three diamonds from a jeweller based in the small town of Mazamet, near Castres, who was acting as a middleman for an Indian gem trader.

The August 2017 scam was launched four months earlier at a diamond trade fair in Monaco, when two of the suspects introduced themselves to the jeweller as a wealthy Armenian couple looking to invest in precious gems.

They set up a second meeting in Milan, before a third meeting in Mazamet in August, when the supposed buyers asked to have an independent expert examine the stones owned by trader Nishit Shah.

After concluding the deal, the jeweller placed the gems in a sealed box while awaiting a promised bank transfer of one million euros.

But the next day, when no money arrived, the jeweller opened the box to discover it empty.

"It's a classic technique, what we call a thief with golden hands -- international experts with a talent for swiping valuables," the source said.

The two Romanians posing as the couple were arrested a few weeks later in Nice, where police seized luxury cars and watches as well as both real and fake gems and counterfeit cash.

The supposed expert, who is also Romanian, was arrested in November 2017 in Modane, a village in the French Alps on the border with Italy, where he was found in possession of a fake diamond.

Investigators say he was to receive 50,000 euros (CAD$73,000) for spiriting away the three stones in a theft orchestrated by a Serbian national based in the Paris suburb of Bondy.

Prosecutors have seized the Serbian's home and issued a warrant for his arrest.

"These are major criminal organizations with contacts across most of Europe," the source said.

The diamond trader, Shah, will not be at the trial, having died of a heart attack in Mumbai in 2018.