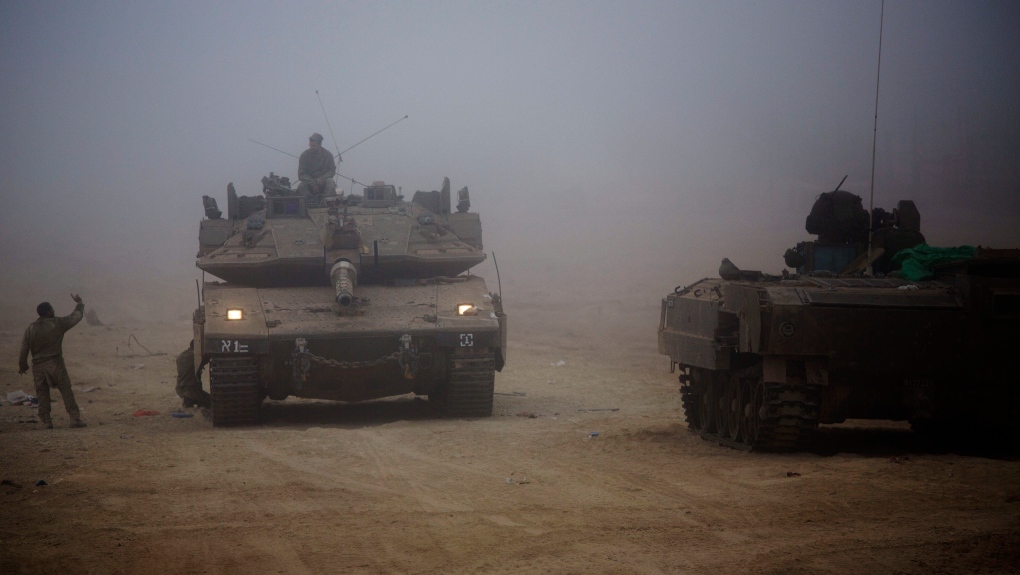 In this file photo, an Israeli tank moves through the morning mist near the Israel and Gaza border on Thursday, July 24, 2014. (AP Photo/Dusan Vranic)

JERUSALEM -- The Israeli military says three rockets have been fired from the Hamas-controlled Gaza Strip into southern Israel.

Israeli media reported that shrapnel from the Iron Dome defence system landed on the patio of a house. There were no immediate reports of injuries.

It was the second incident of rocket fire from Gaza in the past 24 hours.

Israel blames the Islamic militant group for any attack originating from the Palestinian enclave.