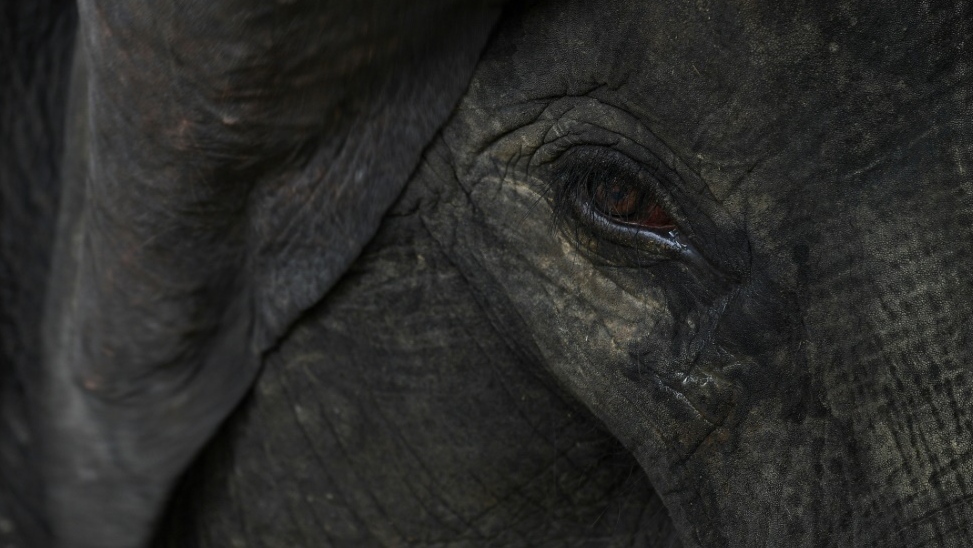 The dead animals are believed to be part of a herd of 30 elephants from the nearby forest reserve. (AFP)

KUALA LUMPUR, Malaysia - Three elephants were poisoned to death near a palm oil plantation in Malaysia, officials said Friday, in the latest case of the endangered creatures being killed near human settlements.

The dead animals are believed to be part of a herd of 30 elephants from the nearby forest reserve.

"We conducted a post-mortem on the three female elephants aged between 18 and 22, and it revealed they were poisoned," Abdul Kadir said.

"I am shocked and saddened by this incident. If this trend continues, all our wild elephants will be wiped out."

Electric fences used to keep elephants away from village crops were not functioning and allowed the creatures to trespass on plantations, Abdul Kadir said.

Liver and kidney samples from the elephants were being examined to determine the type of poison used, said Natural Resources Minister Xavier Jayakumar Arulanandam.

Malaysia has seen a spate of elephant killings as a result of human settlements or agricultural plantations expanding into the creatures' habitats.

Conservationists estimate there are only about 1,500 wild elephants left in Malaysia.

Malaysia is home to vast tracts of rainforest and a kaleidoscope of exotic wildlife, from elephants to orangutans and tigers, but the numbers of many rare species have fallen dramatically in recent decades.

Many endangered animals are also hunted for their body parts which fetch a high price for use in traditional medicine in China, and elsewhere in Asia.

Abdul Kadir said the latest incident was a criminal act of cruelty.

"Culprits in this poisoning incident beware. We will hunt you," he warned.