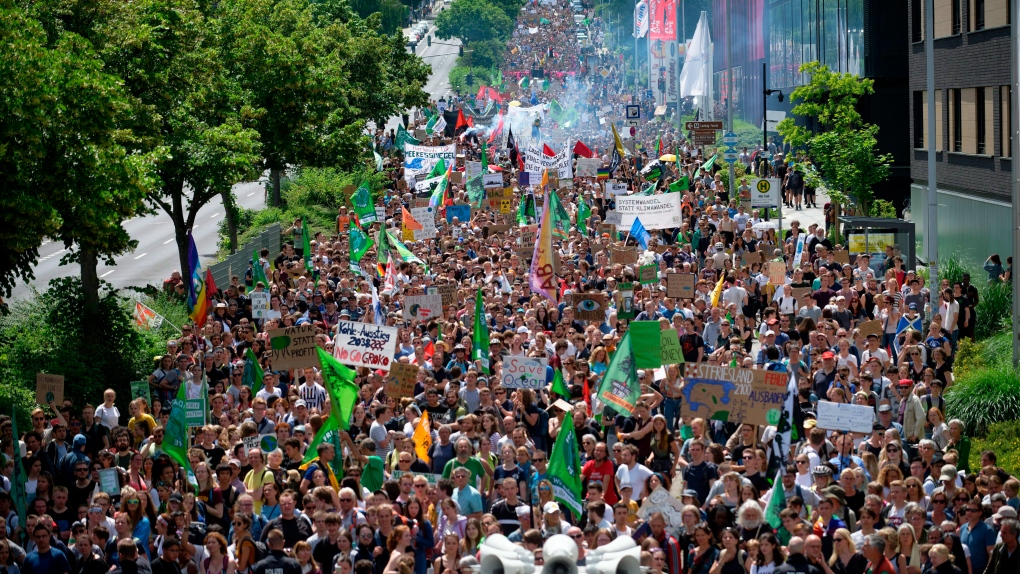 Several thousands of people take part in a 'Fridays for Future' protest rally in Aachen, Germany, Friday, June 21, 2019. This Saturday there was another protest focusing on racism and discrimination in Dresden -- the capital of Saxony, one of the states that holds elections on Sept. 1. (Henning Kaiser/dpa via AP

BERLIN -- Thousands of people are attending a protest against racism and discrimination in the German city of Dresden, a week ahead of two state elections in the country's east in which the far-right Alternative for Germany party is expected to make gains.

Saturday's "Indivisible" demonstration in Dresden -- the capital of Saxony, one of the states that holds elections on Sept. 1 -- follows a protest under the same title in Berlin in October. Organizers said the Berlin protest drew more than 240,000 people.

News agency dpa reported that up to 20,000 people gathered for the beginning of Saturday's protest. They included Vice Chancellor Olaf Scholz of Germany's centre-left Social Democrats, who said "there is a great willingness to show that we must do something" and stand up for democracy.