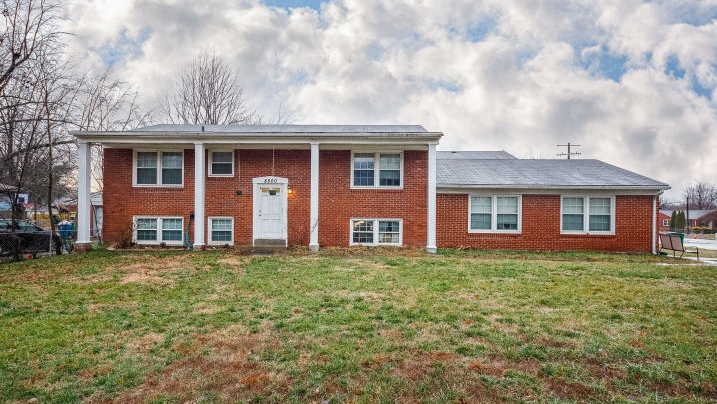 The exterior of the house at 8800 Blue Lick Rd. in Louisville, Ky. is seen in this listing photo. (Keller Williams Realty)

TORONTO -- A real estate listing of a 3,161-square-foot house in Kentucky has piqued the interest of internet sleuths and online gamers alike thanks to its 3D virtual walk-through feature that allowed users to explore a maze of rooms, boxes, and all manner of clutter on their quest to find a tucked-away bathtub.

Before the virtual tour was modified, the unusual split-level home at 8800 Blue Lick Rd. in Louisville, Ky. sat on the market for 81 days, according to Realtor.com, before it only recently gained notoriety when the listing for it was shared on Twitter.

On Monday, film actor and writer Jenny Jaffe posted a link to the listing on Redfin and wrote: “Uh. Found this in a Facebook group; the person who posted said ‘tour in 3D, try to find the bathtub’...enjoy(?)”

The post has since received more than 4,500 likes and 1,400 retweets with commenters sharing whether they were successful in finding the bathtub in the property’s baffling layout and what other discoveries they made in the home that, according to the listing, was once a church, school, daycare, and home business.

“This is a must see. The pictures do not tell the full story,” the listing states.

One user took note of the side-by-side toilets in one of the home’s four bathrooms.

A number of people have pointed out the hers&hers toilets, but also, only one is allowed toilet paper pic.twitter.com/N2mP8FHKEv

Another man said he’d failed in locating the bathtub, but he did manage to find multiple boxes filled with CDs of Stone Temple Pilot’s Scott Weiland’s solo album.

Some discoveries in the home were of a more unsettling nature, with one person questioning whether there was blood in a solo cup beside the much-sought-after tub and why one box was labelled with the text “Perfect skin (body)."

Other notable finds captured in the virtual walkthrough included a fat cat resting on some boxes, DVDs of the show “Gilmore Girls,” and cases of Monster energy drinks.

the zoom out tho pic.twitter.com/rTqKEtNve1

Donate the $5 somewhere that needs it, but I'm super-proud to have found this anyway ... for some reason. The DVDs are surprisingly well-organized. pic.twitter.com/VeLBSYZ000

This house has many treasures, but I'd like to select a few for you:
Enough Monster to kill a horse
Flyswatter enshrined on wall like ancestral sword
Washer/dryer/fridge/ water heater with CARPET pic.twitter.com/iS3YfTcUmr

The shape of the bathtub also raised some eyebrows until someone pointed out that it was likely once a baptismal font when the property was used as a church.

Found it. No ventilation? No window? No wonder there are radiators all through the building. Why on earth would I buy a house if the only way to sanitize it is to nuke it from space first? pic.twitter.com/3N8MJunBMg

While many Twitter users were content with pointing out the strange items they spotted in the house, some online gamers took it one step further and have attempted to do timed “speed runs” through the virtual house tour to see how quickly they can reach the bathtub and other destinations in the home.

Why is the home full of boxes and shelves filled with books, DVDs, toys, and other goods? According to blogger Andy Baio, who managed to speak to the owner of the house, it’s being used to store discount goods for his reseller business, but he needs more space.

For anyone interested in actually purchasing the home, and not just clicking through its many twists and turns, the listing price is US$375,000.