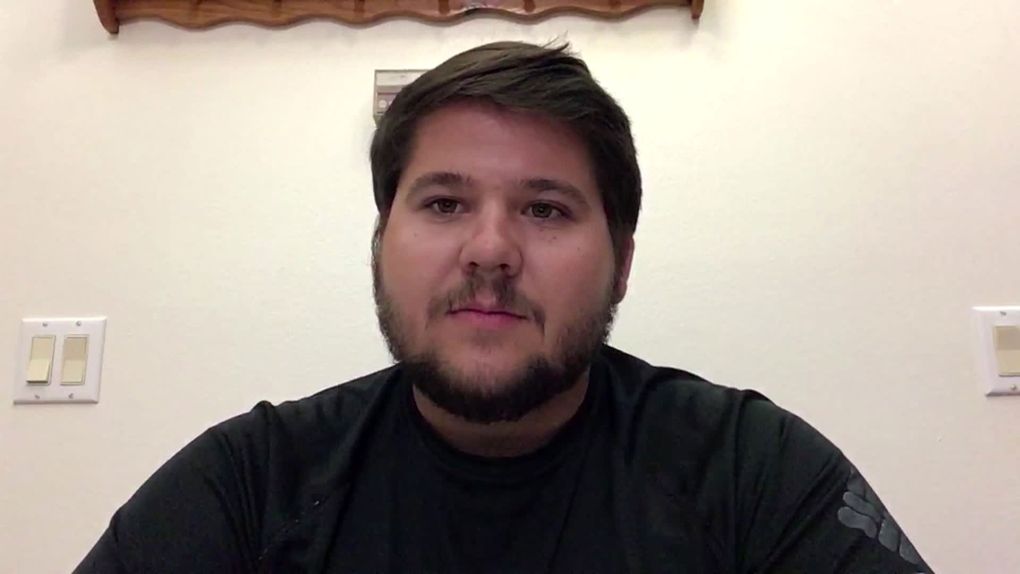 Spencer Rollyson, 21, thought he had overcome a mild case of Covid-19. Then he went into multi-organ failure. (CNN)

Spencer Rollyson says he didn't think much of it when he experienced mild coronavirus symptoms in May. Weeks later, the disease almost took his life.

Initially, the infection seemed just like the flu or a cold, he said, and the symptoms lasted for a few days.

"About a week and a half, two weeks later, I started feeling bad," he said.

Rollyson said he went to the emergency room with a 103.4-degree fever and doctors conducted several tests including chest X-rays and CT scans to find the root of the problem. Everything came back clear, he says, but within 48 hours Rollyson was in the ICU.

"That's when everything started shutting down," he said. "In two days, my body rapidly declined."

The young man's harrowing experience illustrates a point health experts have been stressing when it comes to coronavirus in young groups of people. While many seem to go through the infection without symptoms, there's still no telling how each individual will react to the virus.

Rollyson said doctors told him his body went into hyperactive mode trying to fight off coronavirus before he suffered heart failure, acute respiratory failure and severe sepsis. Weeks since his recovery, Rollyson's heart rate is still monitored and he's still on medication for his blood pressure. He says doctors have told him the medications will likely continue for at least another year.

"It almost took my life a month ago," he said. "So it is not something to play around with. Just be safe, wear your masks, wash your hands."