Royal wedding: Everything you need to know

Prince Harry and Meghan Markle are now just days away from making their vows in a wedding that is expected to attract millions of viewers.

CTVNews.ca will have full coverage of the grand event at CTVNews.ca/Royals, with plenty of exclusive content, pictures and videos. CTVNews.ca will be live streaming the wedding, which will also be available on the CTV News GO app.

CTV News’ live coverage of the event begins at 4:00 a.m. ET and will be led by Chief Anchor and Senior Editor Lisa LaFlamme in Windsor. She will joined by royal historian and biographer Hugo Vickers, as well as Canadian music icon Jann Arden, a recipient of the Queen’s Diamond Jubilee Medal and longtime fan of the Royal Family who will contribute her own unique perspective.

The special will feature live reports from CTV News reporters in Windsor who will cover every angle of the nuptials, including the arrivals of Royal Family members and celebrity guests, as well as the complete details behind Markle’s dress and designer. 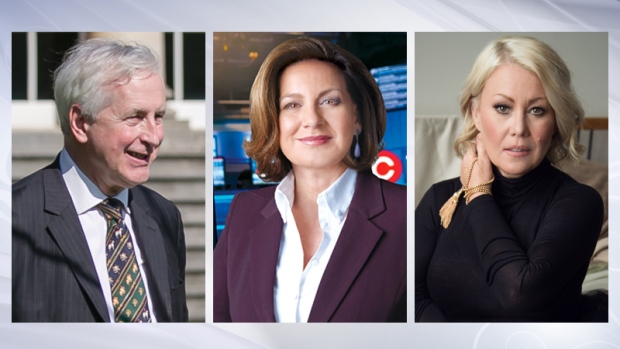 Our reporters on the ground will be using the #CTVroyalwedding hashtag on Instagram, Facebook, Snapchat and Twitter. Search the hashtag online to find behind-the-scenes tidbits from the visit:

Be sure to follow our team of reporters on the ground for more live coverage:

You can find out more about CTV's coverage here.

Here’s all you need to know to be prepared:

Following the traditional service, the newlyweds will set out in an open carriage called an Ascot landau along a procession route through Windsor, before returning for an afternoon luncheon reception at 1 p.m.

In the evening, they will enjoy a second reception hosted by the Prince of Wales at an undisclosed location that will be attended by the bride and groom’s 200 closest friends and family. 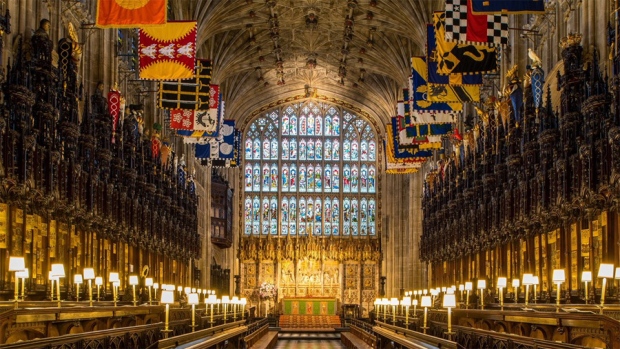 The couple will wed at St. George's Chapel, the 15th-century church on the grounds of Windsor Castle that has been the backdrop for many royal occasions, and is the final resting place of scores of kings and queens -- including Prince Harry’s great-grandparents. The chapel seats 800 guests, though only 600 have been invited for this event.

Archbishop of Canterbury Justin Welby, who baptized Markle in March, will marry the couple. 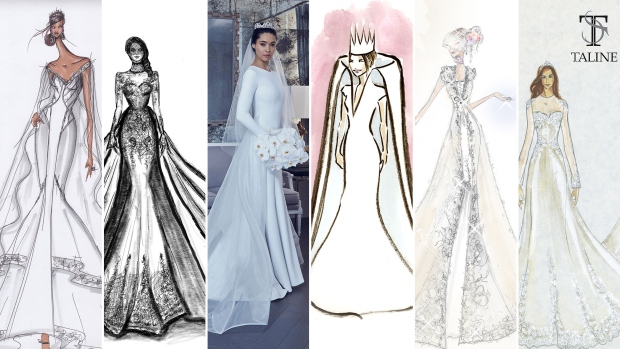 For many, the most anticipated moment of the wedding will be when Ms. Markle walks down the aisle and reveals the dress she chose.

Royal wedding dress designs are always closely guarded secrets, and while we won’t know what kind of dress Markle will choose, we do have some hints as Markle herself has said she prefers “classic and simple... with a modern twist.”

Among the designers that bookmakers think are likely contenders are British fashion house Ralph and Russo, Erdem -- a Canadian designer based in London, French-born Roland Mouret, and Jenny Packham, one of Kate Middleton’s favourites. 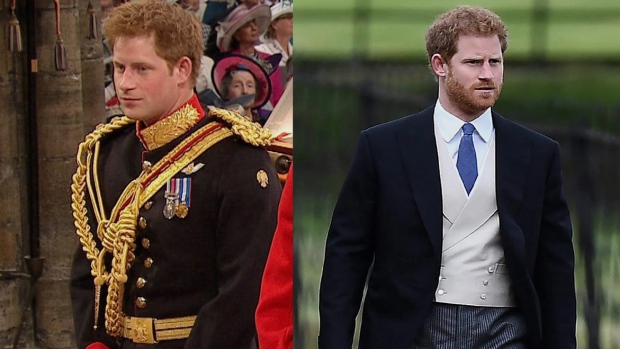 As for the guests, the dress code is “day dress with a hat” for the women, while the men are asked to wear a “morning coat” -- which is a long jacket normally worn with a vest -- or a “lounge suit” -- which is what most of us think of when we think of a suit.

The third option is “uniform,” which could be a good indication that Harry, Captain General of the Royal Marines, will choose to wear his uniform for the ceremony. 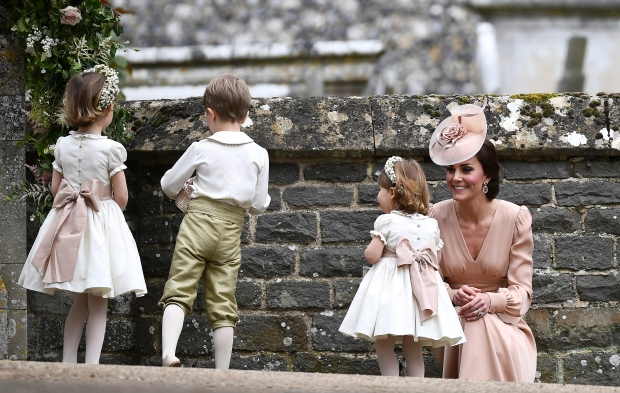 Kensington Palace confirmed early on that Prince William will act as best man at the wedding, as many expected, since Harry was William’s best man at his wedding.

And though there had been speculation that Canada’s Jessica Mulroney -- a stylist and one of Markle’s close friends – would act as matron of honour, in fact, Markle has chosen to forego a maid of honour, choosing instead to have several friends support her through the day.

Markle will arrive at the chapel accompanied by her mother, Doria Ragland, a social worker and yoga instructor.

Markle’s father, Thomas, a former television lighting director, was initially slated to walk his daughter down the aisle, but she later said her father will not attend the wedding due to health problems.

Instead, Kensington Palace said on Friday that Markle has asked Prince Charles to fill in.

As for the rest of the bridal party, it will consist entirely of children, which is customary at royal weddings.

Prince William and Kate’s children, Prince George and Princess Charlotte, will be members. Ben and Jessica Mulroney's three children are also among the bridesmaids and page boys chosen.

Details about the bridesmaids’ dresses and the page boys’ uniforms will be made available on the wedding day. 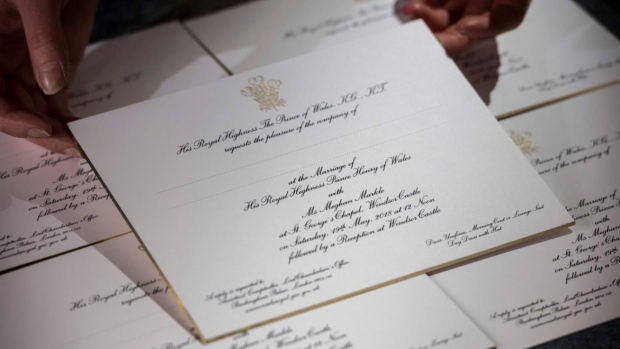 The actual guest list is another closely guarded secret, but there are several guests who seem like sure things.

Harry has more than 50 close relatives who will dominate the guest list, including several first and second cousins. Several non-royals also have guaranteed spots, including the Duchess of Cambridge’s sister, Pippa Middleton, her husband James Mathews, and brother James Middleton.

All three siblings of Diana, Princess of Wales, will be in attendance, with one sister, Lady Jane Fellowes, giving a reading at the ceremony.

It’s still not certain if Prince Harry grandfather, Prince Philip, will attend. He has been in poor health in recent months.

It’s not clear if Markle’s siblings – Thomas Markle Jr. and sister Samantha Grant -- will attend; Kensington Palace has made no mention of them.

The friend who is said to have introduced the couple, Violet von Westenholz, will likely get a nod. Harry's buddies Thomas and Charlie van Straubenzee, and Thomas Inskip also seem likely. 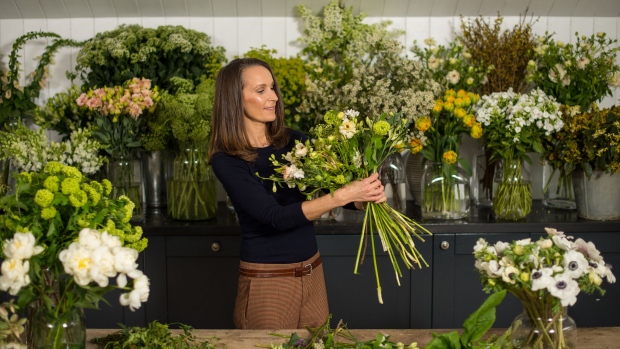 Harry and Markle have chosen self-taught London floral designer Philippa Craddock to create the church flower arrangements. They will include peonies – Markle’s favourite flower -- white garden roses, and foxgloves, set off by branches of beech, birch and hornbeam sourced from the English countryside.

Markle herself will likely carry a bouquet containing at least one sprig of myrtle, which has been in every royal wedding bouquet since 1840.

The flower arrangements will be on display to the public the day after the wedding, within St. George’s Chapel, which will open to the public for one day. The flowers will then be donated to charities. 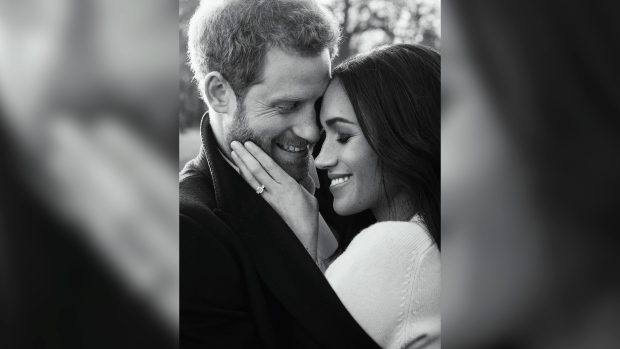 The couple has chosen Alexi Lubomirski to take photos at the wedding -- the same photographer who took the couple's engagement photos.

The couple plans to mix traditional choral works from the St George's Chapel choir with gospel music from the Kingdom Choir, a gospel group from southeast England. 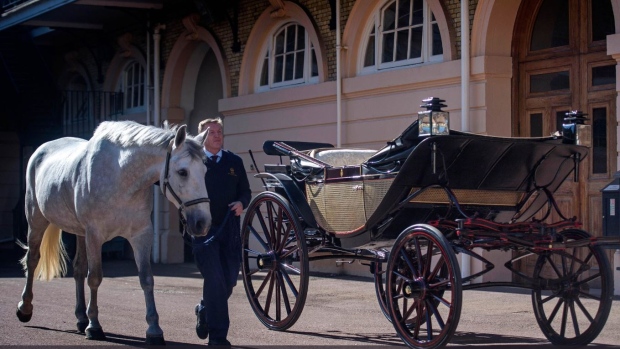 After the ceremony, the happy couple will ride in either an open Ascot landau or a covered Scottish State Coach, if it rains, for a 25-minute carriage procession through Windsor.

But 2,640 invited guests from all walks of life will gather on the grounds of Windsor Castle to watch the procession.

About 1,200 will be members of the general public, and another 200 will represent charities and other organizations supported by the couple. Local schoolchildren, residents of Windsor and members of the Royal Household will make up the balance.

The afternoon reception will be held in St. George's Hall and will be hosted by the Queen. 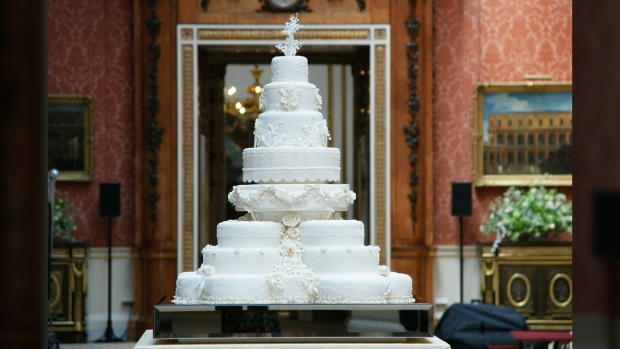 Kensington Palace has not revealed what delectable items will be on the menu at the afternoon reception. But it has revealed that guests will toast the happy couple with a lemon elderflower cake with buttercream, decorated with fresh flowers. It will be created by celebrated pastry chef Claire Ptak, who uses only organic flour, milk and eggs.

As for wine, Markle’s now-defunct lifestyle blog, the Tig, was named after her favourite red wine, Tignanello, which might find its way onto the drink menu. 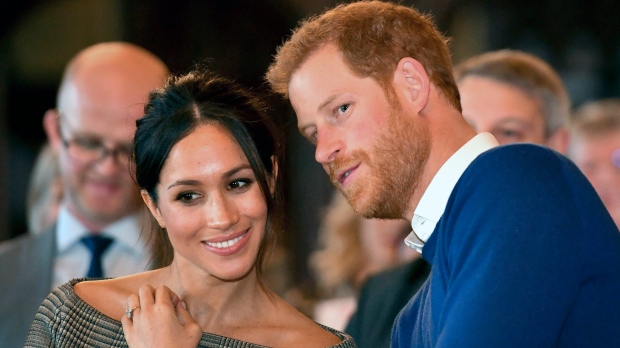 There will be no need for a gift table at the wedding; the couple has said they would prefer donations to charities instead.

Harry and Markle have chosen seven charities that represent a range of issues they are passionate about, including the empowerment of women, environmental conservation, and help for HIV sufferers.

The bride and groom will be spending their first night as husband and wife at Windsor Castle, but they have no plans to head out on honeymoon right away. In fact, they have an engagement to attend about a week after the wedding. Kensington Palace has not said when and where the couple will eventually go for a honeymoon.