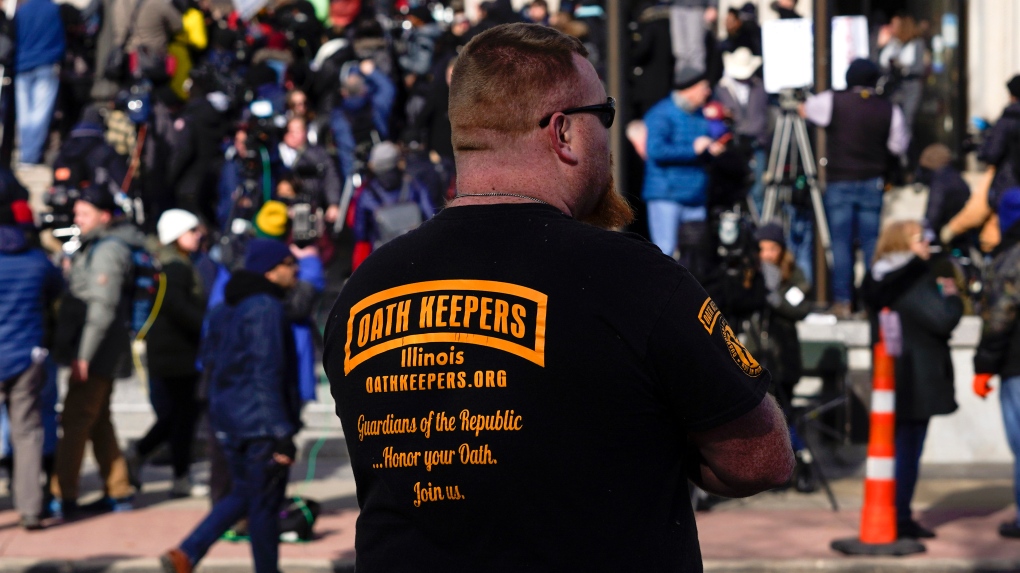 A trial that started this week in Washington, D.C., is the biggest test yet in the Justice Department's efforts to hold accountable those responsible for the attack on the U.S. Capitol on Jan. 6, 2021, a violent assault that challenged the foundations of American democracy.

On trial is extremist leader Stewart Rhodes, founder of the Oath Keepers extremist group, and four associates. Prosecutors and defence attorneys are making their opening statements on Monday and the trial will last several weeks. Here is a look at what's to come:

WHO ARE THE OATH KEEPERS?

The extremist group was founded in 2009 by Rhodes who was educated at Yale Law School and served briefly as a U.S. Army paratrooper before a training accident left him with a back injury. 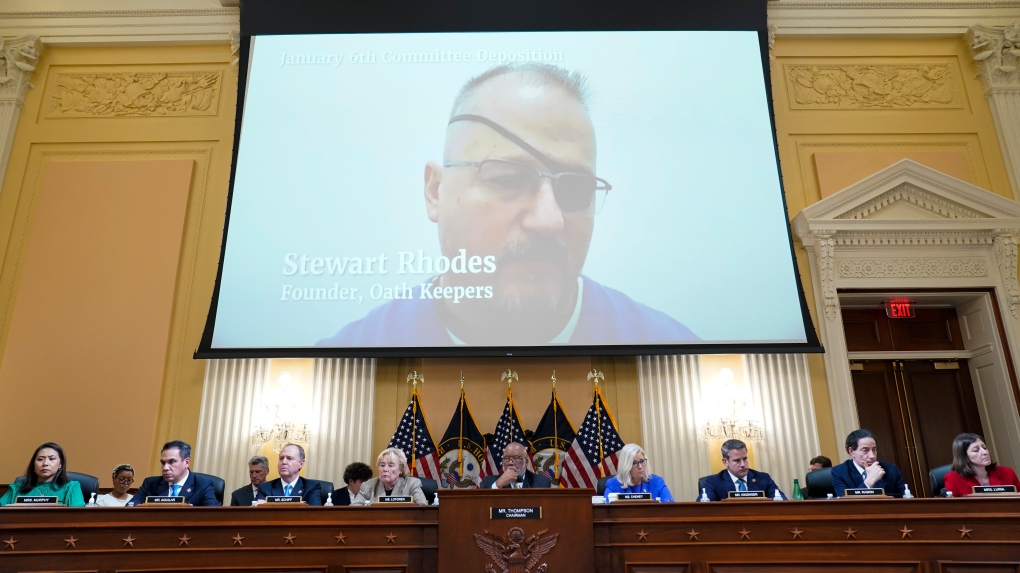 A video showing Stewart Rhodes speaking during an interview with the Jan. 6 Committee is shown at the House select committee investigating the Jan. 6 attack on the U.S. Capitol, hearing June 9, 2022, on Capitol Hill in Washington. (AP Photo/Andrew Harnik, File)

The group was named after its stated goal of getting past and present members of the military, first responders and police officers to honor the promise they made to defend the Constitution against enemies.

They issued a list of orders that its members wouldn't obey, such as disarming citizens, carrying out warrantless searches and detaining Americans as enemy combatants in violation of their right to jury trials.

That benign framing and leveraging of social media helped the group grow to one of the country's largest groups in the antigovernment militia arena, but the internal dialog was often darker, experts said. Oath Keepers participated in the standoff with federal officials at Nevada's Bundy Ranch in 2014, and later along rooftops in Ferguson, Missouri, after a grand jury declined to charge a police officer in the fatal shooting of 18-year-old Michael Brown.

The group would eventually embrace much of former President Donald Trump's rhetoric and false claims that the 2020 election was fraudulent.

WHY ARE THEY ON TRIAL?

On trial with Rhodes are Kelly Meggs, leader of the Florida chapter of the Oath Keepers; Kenneth Harrelson, another Florida Oath Keeper; Thomas Caldwell, a retired U.S. Navy intelligence officer from Virginia; and Jessica Watkins, who led an Ohio militia group. 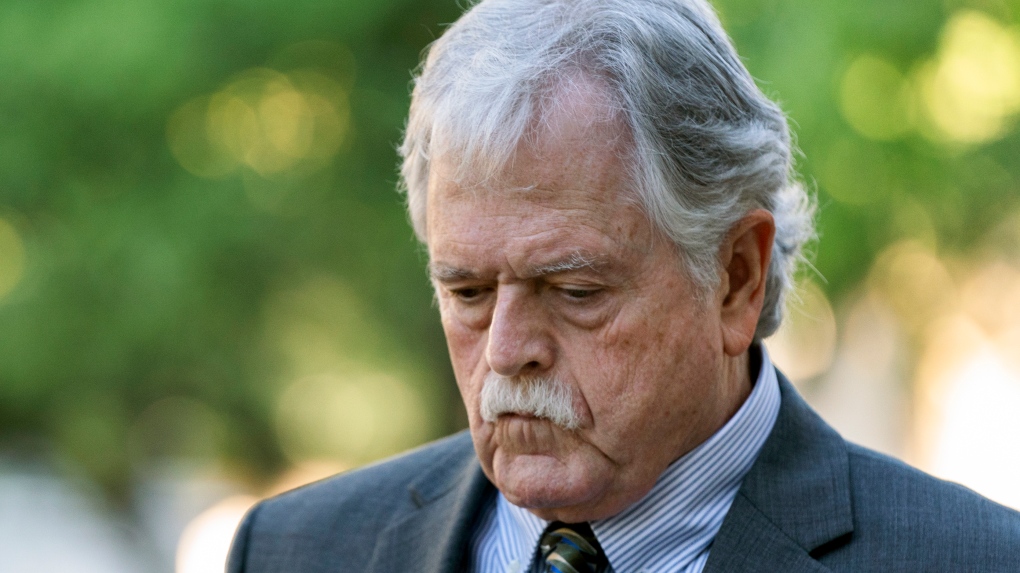 Thomas Caldwell of Berryville, Va., a defendant charged with seditious conspiracy in one of the most serious cases to emerge from the Jan. 6, 2021 attack on the U.S. Capitol, arrives at the federal courthouse, Sept. 28, 2022, in Washington. (AP Photo/Manuel Balce Ceneta)

They have been charged with seditious conspiracy in one of the most high profile cases to come out of the Jan. 6 riot at the U.S. Capitol.

The plot came to a head on Jan. 6, 2021, when Oath Keepers wearing helmets and other battle gear were captured on camera shouldering their way through the crowd of angry Trump supporters and storming the Capitol in military-style stack formation.

Prosecutors said that the insurrection, for the Oath Keepers, was not a spur-of-the-moment protest but part of a serious, weekslong plot to stop the transfer of power.

Rhodes and his associates, for their part, say prosecutors have twisted their words and insist there was never any plan to attack the Capitol. They say they were in Washington to provide security and preparations, training, gear and weapons were to protect themselves against potential violence from left-wing antifa activists or to be ready if Trump invoked the Insurrection Act to call up a militia.

WHAT IS SEDITIOUS CONSPIRACY?

The seditious conspiracy law was enacted after the Civil War to arrest Southerners who might keep fighting the U.S. government. The charge has rarely been brought in recent history -- with mixed results.

In this case, prosecutors will try to prove that Rhodes and his associates conspired to forcibly oppose the authority of the federal government and forcibly block the execution of laws governing the transfer of presidential power.

It can be tough to prove because prosecutors have to show the defendants did more than talk about using force, that they conspired to actually use it.

The last seditious conspiracy cases were filed in 2010, and those ended in acquittal. The last successful seditious conspiracy trial was in 1995, when Egyptian cleric Sheikh Omar Abdel-Rahman and nine followers were convicted in a plot to blow up several landmarks in New York and New Jersey.

It's punishable by up to 20 years behind bars.

The former CEO of the failed cryptocurrency exchange FTX said Wednesday that he did not 'knowingly' misuse customers' funds, and said he believes his millions of angry customers will eventually be made whole.