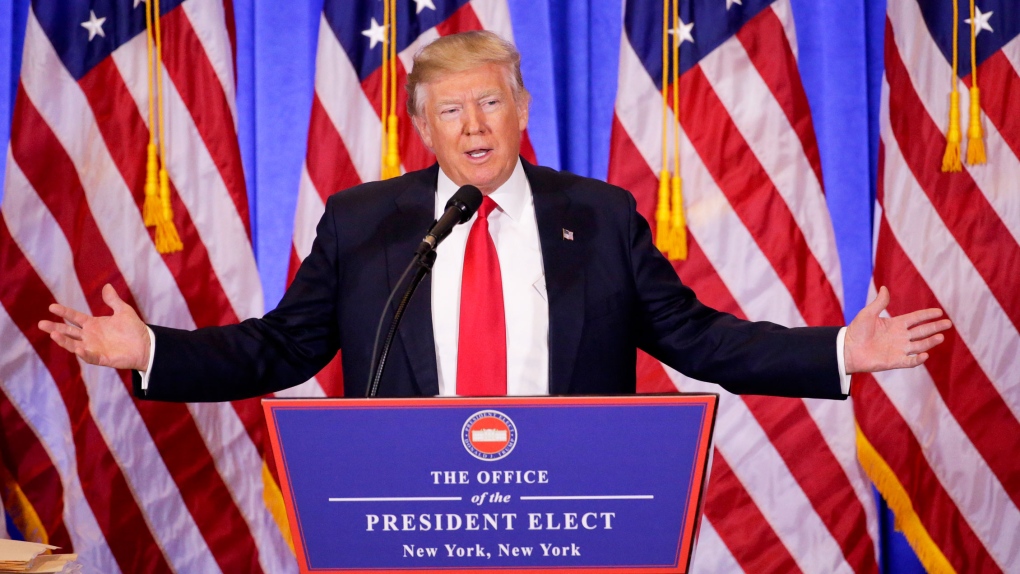 Donald Trump gave his first press conference as president-elect on Wednesday and during the hour-long event, he offered several controversial remarks that blew up on social media.

Hereare some of Trump’s most talked-about comments.

1) When referring to jobs and the U.S. economy, Donald Trump said, “I said that I will be the greatest jobs producer that God ever created. And I mean that, I really — I’m going to work very hard on that. “

Omg the narcissism is just mind blowing "greatest job producer God ever created"! This is man is mentally ill #trumpnewsconference

trump in his press conference: "im going to be the greatest job producer God ever created"

that's some grade A narcissism

Trump: "I will be the greatest job producer God ever created"
God: "Leave me out of this" #TrumpPressConference

2) When asked by a reporter if he would release his tax returns, Donald Trump said, “The only one that cares about my tax returns are the reporters, OK? They’re the only who ask.”

To that, the reporter replied, “You don’t think the American public is concerned about it?”

Twitter exploded with people reacting to that declaration, with many Americans saying they do in fact want to see the president-elect’s tax returns.

U.S. senator Ron Wyden even took to Twitter to ask users to retweet him if they cared about the president-elect’s tax returns. The tweet now has thousands of retweets and likes.

Retweet if you care about @realDonaldTrump's tax returns

@realDonaldTrump WE ALL ARE INTERESTED IN YOUR TAX RETURNS. Release them!!
RT if you agree. #PEOTUS President-elect Trump #Trump

I care about #PEOTUS #taxreturns. This is not just a media fixation, we the people have a right to full transparency. #TrumpTaxes

3) The president-elect finished the conference by explaining why he brought with him dozens of documents and files, saying the papers lay out his business dealings that will now be run by his two sons. He added that after eight years as president, he hopes to return to his company, Trump Organization, and say to his sons, “Oh, you did a good job.”

But he finished his press conference by using the popular catch-phrase he often used on his show “The Apprentice” by saying: “Otherwise, if they do a bad job, I’ll say, ‘You’re fired.’”

Not surprisingly, social media users had a field day with that reference.

I hope Donald Trump is beginning to realize that, for the 1st time in his life, he's the employee not the boss.#youworkforUS & #yourefired

.@realDonaldTrump #YoureFired because...hey, did you know Hillary Clinton is WAY more popular than you? Just thought I'd mention that.

You're running a country, not a fake reality TV show...But how about you use that tag line on yourself? #YoureFired #TerribleTrump