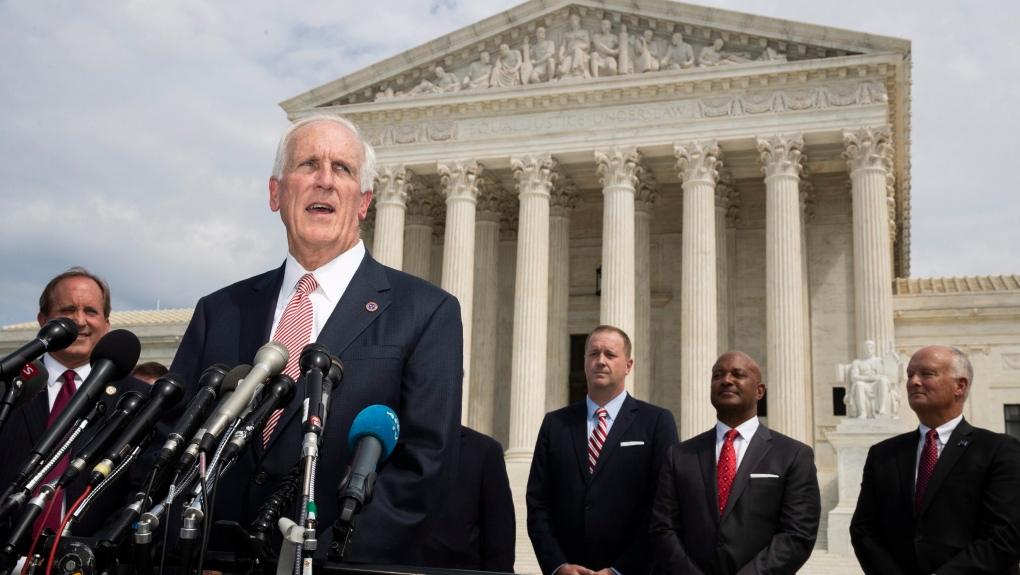 NASHVILLE -- One African American defendant was forced by a judge to represent himself at trial. Another was shackled in front of an all white jury during a sentencing hearing. And a third black defendant facing the death penalty is intellectually disabled.

Those are some of the arguments made by defence attorneys in documents filed this week with the state U.S. Supreme Court in an attempt to stem the pace of executions in Tennessee, which has surged to the forefront nationally in its application of the death penalty. They also argue Tennessee's use of capital punishment is rooted in a racist past and is still plagued with inherent racism.

Attorney General Herbert Slatery is seeking to set dates for the nine death row inmates, all men, to die. Four of the nine are African American. Attorneys for the inmates point out that the justices could keep Tennessee moving in the opposite direction of the country as a whole or could join the ranks of most states in trending away from executions.

"While the standards of decency of the nation as a whole have evolved towards rejection of the death penalty, Tennessee has fallen out of step with the rest of the country -- particularly in the last eighteen months, during which the State has executed six of its citizens at a rate not seen since before 1960," attorneys for the inmates wrote.

One of the inmates facing a possible execution date, Tony Carruthers, would be the first person in about a century to be put to death after being forced to represent himself at trial, supervisory assistant federal public defender Kelley Henry wrote in a filing.

Carruthers and another man were convicted of the 1994 killing of three people in an attempt to corner the illegal drug trade in their Memphis neighbourhood.

The trial judge refused to appoint another attorney after Carruthers, whose attorneys describe him as severely mentally ill, ran off about a half-dozen lawyers with threats or lack of co-operation, the filing said. A court has never weighed in on whether Carruthers' self-representation was constitutionally adequate, Henry wrote.

Farris Morris, an African American man convicted of a 1994 double murder and rape, was shackled during his sentencing trial in sight of an all-white panel of jurors, according to the filing that seeks to block an execution date for him. Two jurors noted the shackles in affidavits, but a court said after his conviction that nothing in the trial record showed he was visibly shackled in front of jurors, the filing states.

In the case of Pervis Payne, who is also African American, defence attorneys sought a court order last month to find out about evidence they now want tested for DNA: a bloody comforter, bloody sheets and a bloody pillow. Payne, who has maintained his innocence, was convicted of murder for the 1987 deaths of a woman and her 2-year-old daughter. Additionally, his attorney wrote that his execution would be illegal because he's intellectually disabled.

Tennessee resumed executions in August 2018, and four of the six prisoners put to death since have chosen the electric chair, a method no other state has used since 2009.

Another execution is scheduled for February.

Slatery's office has said the motion to set execution dates "is not a prerogative" and "is required by state law," citing a state Supreme Court rule that the attorney general "shall file a motion requesting that this Court set an execution date" after the prisoner fails in at least one challenge within each of the three tiers of death penalty appeals.

The rule doesn't specify how quickly the attorney general has to request execution dates.

Slatery requested all nine execution dates on the same day in September he sought to reinstate a death sentence for Abu-Ali Abudur'Rahman, a black man who was resentenced to life in prison in August after raising claims that racism tainted the jury selection process. The state Supreme Court has since stayed his execution date of April 2020.

Beyond the individual cases, the death row inmates' attorneys contend that Tennessee's application of the death penalty shows "the overt racism that led to the lynching of black citizens became ingrained in the justice system."

They cited statistics that show African Americans make up 17% of the state's population, but about half of its death row inmates.

There also is a geographic disparity: since 2001, only eight of Tennessee's 95 counties have imposed sustained death sentences. Almost half of the men on death row are from Shelby County, which includes Memphis and is Tennessee's largest county, but only includes less than 14% of the state population, the filing said.