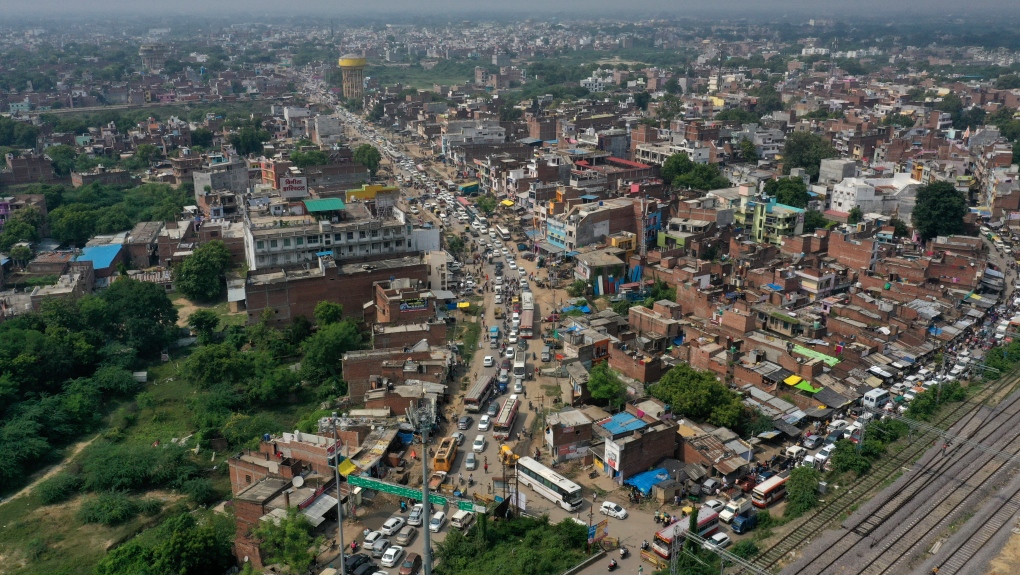 Traffic stands choked on the Allahabad-Lucknow after locals blocked the road to protest against power cuts in Prayagraj, in the northern Indian state of Uttar Pradesh, Tuesday, Oct. 6, 2020.

LUCKNOW, INDIA -- Police in northern India said on Thursday they had arrested a man who beheaded his daughter and carried her severed head to the village police station, a case that spurred calls for a new law against so-called honour killings.

The man told police he had attacked his 17-year-old daughter with an axe on Wednesday in anger over her relationship with a man.

"He said he saw his daughter in a compromising position with a man and he beheaded her in a fit of rage," Anurag Vats, police superintendent of Hardoi district in northern Uttar Pradesh state, told the Thomson Reuters Foundation.

"He has confessed to his crime," he said.

Images of the man carrying the girl's head were shared widely on social media, reigniting demands from women's campaigners for a specific law against honour killings to help protect potential victims and improve police investigations.

Human rights groups say thousands of women and girls are killed across South Asia and the Middle East each year by family members angered at perceived damage to their "honour."

Perceived offences can include eloping, fraternizing with men or any transgression of conservative values regarding women.

"Daughters in India are seen as a sign of family honour, which results in such crimes," said Madhu Garg, vice president of All India Democratic Women Association's Uttar Pradesh chapter.

"The issue of the right to choice needs immediate attention and a separate law should be made for dealing with honour killing," she added.

Campaigners say government statistics on honour killing mask the scale of the crime, with women at greater risk than men.

"Almost 70 per cent of the victims in honour killings are women, and almost all of them are from the upper caste," said Arockiya Samy Kathir, founder of non-profit Evidence, which has for years worked on honour killings in South India.

The Indian government in 2018 asked all states to set up special cells comprising police and welfare officers and a 24-hour helpline to help couples facing harassment or those seeking protection, but campaigners said compliance has been poor.