Tear gas used to break up Muslim gatherings in Kashmir 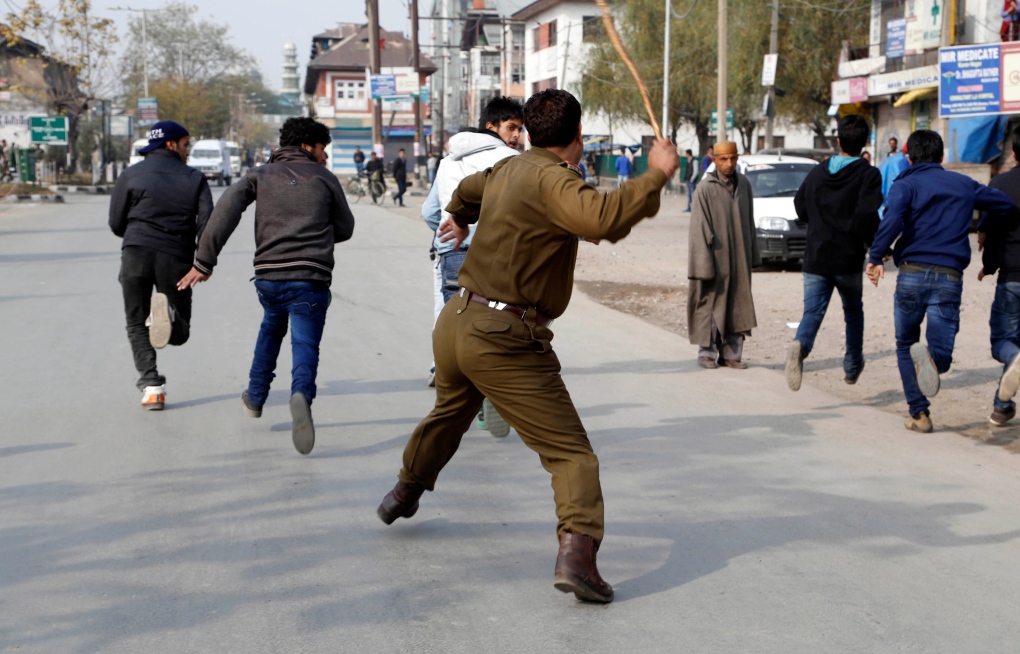 SRINAGAR, India -- Police and paramilitary soldiers on Wednesday used batons and fired tear gas to disperse hundreds of Muslims participating in religious processions in the Indian portion of Kashmir.

Authorities had imposed a curfew in parts of Srinagar, the region's main city, to prevent gatherings marking Muharram to develop into anti-India protests.

Scuffles erupted when police and paramilitary forces tried to stop the chanting marchers, some of whom retaliated by hurling stones at the soldiers, two officers said, speaking anonymously in keeping with department policy.

Police detained at least a dozen people. One of the officers said at least six people, including two policemen, were injured.

Muharram, the first month of the Islamic calendar, is especially important for Shiite Muslims, marking the death of Prophet Muhammad's grandson Imam Hussein in the battle of Karbala.

Wednesday was the eighth day of Muharram, but Shiite Muslims hold religious processions throughout the month. The processions and mourning peak on the 10th day, called Ashura, when Hussein was martyred.

Kashmir is divided between India and Pakistan. Both countries claim it in its entirety.

Large gatherings have been banned in Indian-administered Kashmir since an armed insurgency broke out in 1989 demanding the region's independence from India or its merger with neighbouring Pakistan.

The rebellion and subsequent Indian crackdown have killed at least 68,000 people.