Talks begin on disarmament of rebel groups in eastern Congo

Talks begin on disarmament of rebel groups in eastern Congo 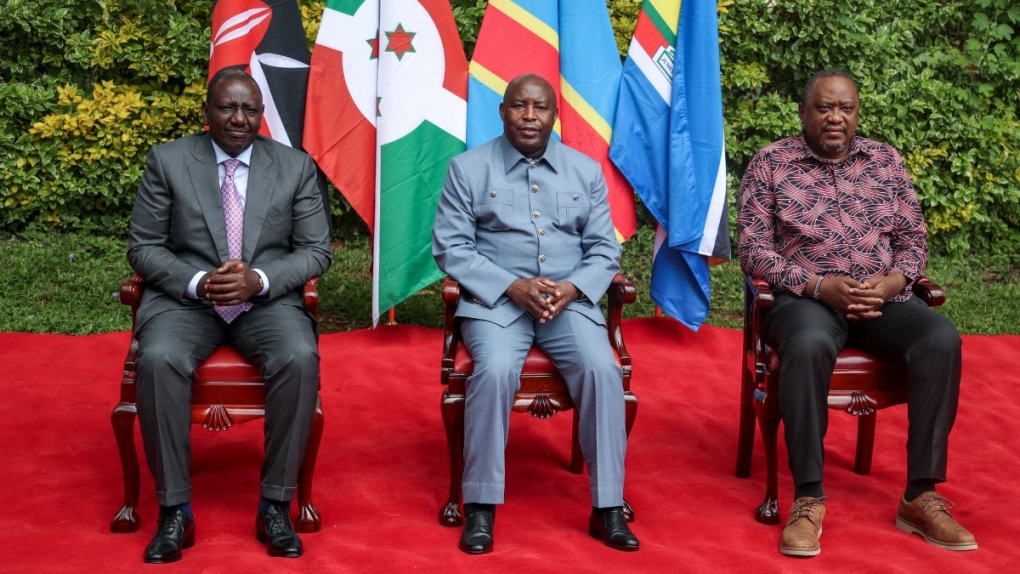 The third round of Congo peace talks facilitated by the East Africa regional bloc opened in Kenya's capital, Nairobi, on Monday with a plan to discuss reforms that will facilitate disarmament of rebel groups.

The leaders reiterated their commitment to support and ensure lasting peace in Congo.

The facilitator of the talks, former Kenyan president Uhuru Kenyatta, said the aim was to discuss political process and institutional reforms that will ensure an environment that is conducive to the disarmament, rehabilitation and reintegration of armed groups in Congo.

Leaders who attended a summit in Angola last week called for a ceasefire followed by a rebel withdrawal from the major towns that are currently under the control of the M23 rebel group.

While M23 was not formally a party to the talks in Angola, it has said it will accept the ceasefire. But it also says it doesn't trust the Congolese government to honour the deal and end hostilities.

The East Africa regional bloc secretary general, Peter Mathuki, said some of the groups were present in Monday's talks, but did not specify which ones.

The facilitator plans to identify the root cause of conflict in Congo's five provinces and discuss the restoration of state leadership in the provinces to facilitate lasting peace.

The full deployment of regional forces made up of soldiers from the member states will also be discussed.

A contingent of Kenyan troops has already been deployed to eastern Congo as part of a regional force that includes troops from Uganda, Burundi and South Sudan.

Kenyatta emphasized that the region could only facilitate the peace process. In the end it is the Congolese people who will ensure peace and have the huge responsibility of maintaining peace.

"I look forward to opportunities that will enable the region to continue working closely to enhance and strengthen the bonds of purposeful friendship and strategic co-operation for the mutual benefit of all citizens of East Africa," he said.

The M23 rebel group rose to prominence a decade ago when its fighters seized Goma, the largest city in Congo's east, which sits along the border with Rwanda. After a peace deal, many of M23's fighters were integrated into the national military.

The group re-emerged last November, saying the government had failed to live up to its decade-long promises. By June, M23 had seized the strategic town of Bunagana near the border with Uganda.

M23 has been a sticking point in deteriorating relations between Congo and Rwanda. Many of the rebel fighters are Congolese ethnic Tutsis and Rwanda's president is of Rwandan Tutsi descent.

When formed more than a decade ago, M23 was fighting to protect the rights of Congo's ethnic Tutsis. But many observers say M23 and other armed groups operating in eastern Congo are now seeking control of the region's vast mineral wealth.

A couple abandoned their baby at an airport check-in desk in Tel Aviv, Israel after arriving without a ticket for the child.

Amid new standards, do you have a loved one in long-term care? Share your story

New guidelines on long-term care services by the Health Standards Organization say residents should receive at least four hours of direct care each day. If you or a loved one are living in long-term care, we want to hear from you.

The FBI searched U.S. President Joe Biden's vacation home in Rehoboth Beach, Delaware, on Wednesday without finding any classified documents, the president's attorney said. Agents did take some handwritten notes and other materials relating to Biden's time as vice president for review.