BEIRUT -- The Syrian government on Friday dismissed U.S. charges that it used chemical weapons as "full of lies," accusing President Barack Obama of resorting to fabrications to justify his decision to arm Syrian rebels. The commander of the main rebel umbrella group welcomed the U.S. move, saying it would lift his fighters' morale.

The U.S. decision to begin arming the rebels, though details have not been completed, marks a deepening of U.S. involvement in Syria's two-year civil war. It comes as President Bashar Assad's forces have been scoring victories, driving rebels out of a key town near the Lebanese border and launching offensives in the centre and north, targeting Aleppo, the nation's largest city.

U.S. officials said the administration could provide the rebel fighters with a range of weapons, including small arms, ammunition, assault rifles and a variety of anti-tank weaponry such as shoulder-fired rocket-propelled grenades and other missiles. However, no final decisions have been made on the type of weaponry or when it would reach the rebels, according to the officials, who insisted on anonymity in order to discuss internal administration discussions with reporters.

In addition to the increased military aid, the U.S. also announced Thursday it had conclusive evidence that Assad's regime has used chemical weapons, including the nerve agent sarin, on a small scale against opposition forces. The White House said multiple chemical attacks last year killed up to 150 people.

Obama has said the use of chemical weapons cross a "red line," triggering greater U.S involvement in the crisis.

"The White House has issued a statement full of lies about the use of chemical weapons in Syria, based on fabricated information," a statement issued Friday by the Syrian Foreign Ministry said. "The United States is using cheap tactics to justify President Barack Obama's decision to arm the Syrian opposition," it said.

The statement also accused the U.S. of "double standards," saying America claims to combat terrorism while providing support for "terrorist" groups in Syria, such as Jabhat al-Nusra, with arms and money. The group, also known as the Nusra Front, is an al-Qaida affiliate that has emerged as one of the most effective rebel factions in Syria.

The commander of the main Western-backed rebel group fighting in Syria said he hoped that U.S. weapons will be in the hands of rebels in the near future, noting it would boost the spirits of the fighters on the ground.

"We hope to have the weapons and ammunition that we need in the near future," Gen. Salim Idris told Al-Arabiya TV.

"This will surely reflect positively on the rebels' morale, which is high despite attempts by the regime, Hezbollah and Iran to show that their morale after the fall of Qusair deteriorated," he said, referring to the town near the border with Lebanon.

Loay AlMikdad, a spokesman for the Free Syrian Army, said Idris will be meeting with international players in the coming days, starting Saturday, to work out the details of what is to be delivered and how.

"We encourage them to take a decision in this relation, by establishing a no-fly zone either all over Syria or areas they choose based on their technical or military considerations on the ground," he said, to ensure safe areas for civilians.

"We hope they start arming immediately. Any delay costs blood of Syrians. It is not water, it is blood of the Syrians, women and children and its future."

Assad's forces, aided by fighters from Lebanon's militant group Hezbollah, captured Qusair on June 5, dealing a heavy blow to rebels who had been entrenched in the strategic town for over a year.

Since then, the regime has shifted its attention to recapture other areas in the central Homs province and Aleppo to the north.

The regime's advances have added urgency to U.S. discussions on whether to provide the rebels with weapons.

The decision came a day after the United Nations said nearly 93,000 people have been confirmed dead in Syria's civil war, but the actual number is believed to be much higher.

Russia, a staunch ally of Assad, on Friday disputed the U.S. charge that Syria used chemical weapons against the rebels.

Asked if Russia could retaliate to the U.S. move to supply weapons to the Syrian rebels by delivering the S-300 air defence missile systems to the regime, Ushakov said "there is no talk about it yet."

"We aren't competing over Syria, we are trying to settle the issue in a constructive way," he said.

Alexey Pushkov, chairman of Russia's parliamentary foreign affairs committee, wrote on his Twitter account Friday that "the data on Assad's use of chemical weapons were faked in the same place as the lie about (Saddam) Hussein's weapons of mass destruction," referring to the deposed Iraqi dictator.

"Obama is going down the route of G. Bush," he added, in reference to former President George W. Bush's assertion -- never proven, but used to justify the invasion of Iraq -- that Saddam Hussein possessed weapons of mass destruction.

The Russian comments were echoed by a lawmaker in Damascus.

"This reminds us of what America did in the prelude to the invasion of Iraq by releasing fabrications and lies to the international community that Iraq had weapons of mass destruction," said Issam Khalil, a member of Assad's Baath party.

Ushakov warned that providing such assistance could derail efforts to convene a Syria peace conference. The main opposition coalition has already said it would not attend, all but scuttling the initiative.

In Friday's violence, Syrian troops and rebels fought some of the heaviest battles in months in Aleppo, Syria's largest city, activists said.

The Britain-based Syrian Observatory for Human Rights said the clashes were concentrated in the city's eastern rebel-held neighbourhood of Sakhour, calling the fighting "the most violent in months." It said regime troops attacked the neighbourhood from two directions but failed to advance, suffering casualties.

The fight for Aleppo, a city of 3 million that was once a bastion of support for Assad, is critical for both the regime and the opposition. If it were to fall completely into opposition hands, the rebels would score a major victory and acquire a stronghold in the north near the Turkish border. A rebel defeat would buy Assad more time, at the very least, and even possibly turn the tide of the civil war against the opposition. 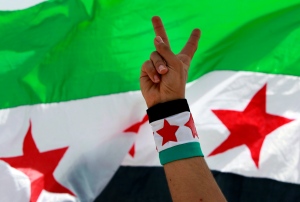