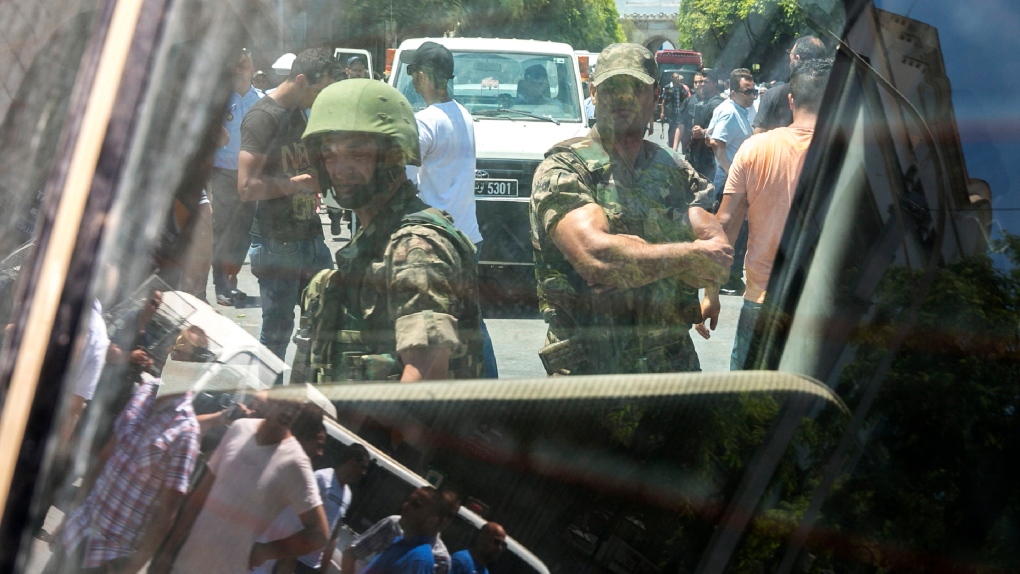 Tunisia has been struck repeatedly by terror attacks, threatening the country's relative political stability. Thursday's attacks came as the country's 92-year-old president, who had been released from a brief hospitalization less than a week ago, was rushed again to the hospital after being struck with a "serious illness."

One attacker detonated explosives in a busy commercial district near the French embassy shortly before 11 a.m., apparently targeting a police patrol. One of the officers died from his injuries, and another was injured along with three bystanders.

At nearly the same time, a second bomber struck at an entrance to the anti-terrorism brigade on the outskirts of the city. Four officers were hospitalized with injuries.

In October a female suicide bomber struck the city centre, killing only herself.

In 2015 two extremist attacks struck at the heart of Tunisia's tourism sector, one at the Bardo Museum in Tunis that killed 22 people and another three months later in the coastal city of Sousse, killing 38 people.

The Islamic State group claimed responsibility for both attacks.

Travel agencies pulled out and governments issued travel warnings. Tourism has since partially bounced back after Tunisia's government increased security around popular destinations.

The U.S. State Department currently lists Tunisia at the same level as France in terms of danger for travellers.