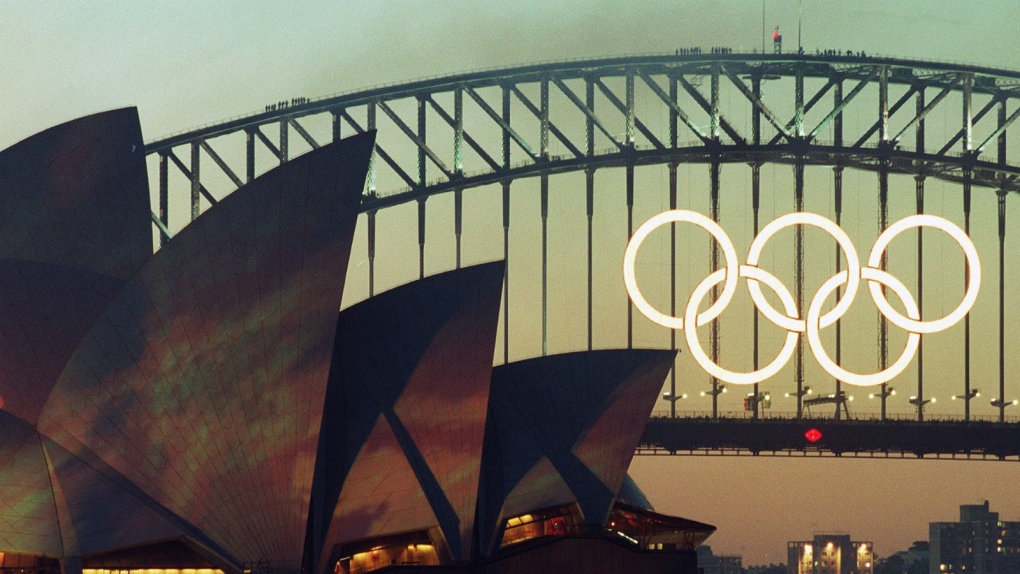 The Olympic Rings glow on the the Sydney Harbour Bridge the day before the opening of the 2000 Olympic Games in Sydney on Sept. 14, 2000. (AP / Rob Griffith)

Hungarian media said he had been hospitalized in December due to COVID-19 and had spent weeks on a ventilator.

"The Olympic champion gymnast achieved outstanding results not only as an athlete, but also an excellent husband and a very good father," the Hungarian Gymnastics Federation said.

"God be with you, champion," Orban wrote in Hungarian on Facebook, while Romanian Comaneci, a five-time Olympic champion, said on Twitter the news was "so sad."

Csollany also won the rings at the 2002 world championships, and earned silver at the 1996 Atlanta Olympics.

(Reporting by Andrew Both; Editing by Peter Rutherford)