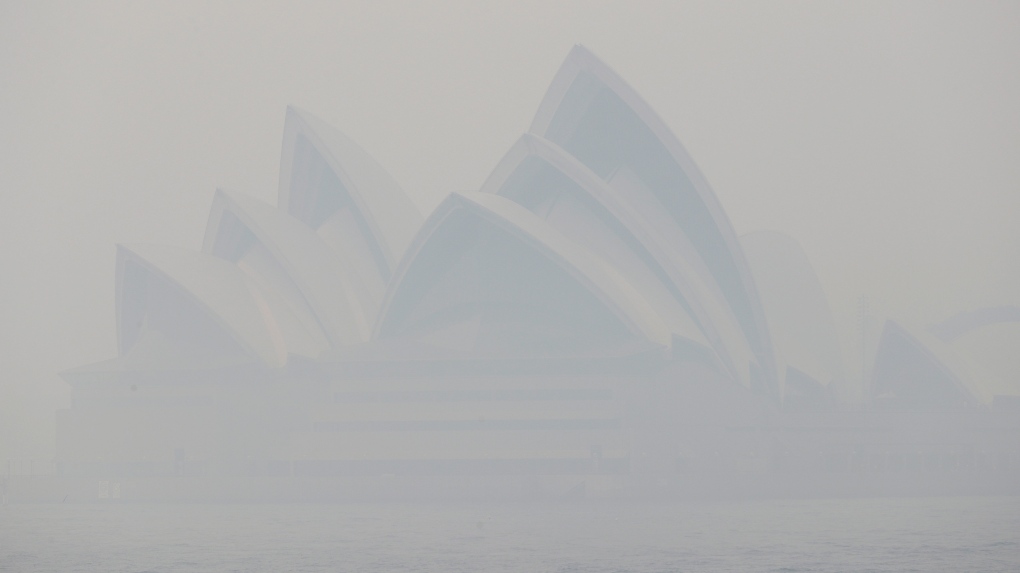 SYDNEY, AUSTRALIA -- Wildfires engulfed the Australian city of Sydney on Tuesday in haze so thick in some places it was 11 times worse than the level considered "hazardous," and was apt to trigger fire alarms.

The city cancelled ferries and some offices in the downtown area were evacuated.

Local health officials advised people to stay indoors as much as possible and those with heart and lung problems were told to avoid all outdoor activity.

"The smoke here in Sydney is extremely bad today, it is some of the worst air quality we've seen," Richard Broome of New South Wales Health told reporters.

"We are just urging people once again to take these (conditions) seriously," Broome said.

Ambulances have been answering dozens of respiratory-related calls a day, said the head of NSW Ambulance, Brent Armitage.

Sydney Trains warned that fire alarms at train stations might be set off by the thick smoke drifting into the city from fires ringing Sydney.

The regional environmental department said the air quality index, or AQI, in some parts of the city was more than 11 times the 200 reading considered hazardous.

Given the dire air quality, workers should not be forced to toil on outdoor job sites while the haze persists, said Unions NSW's assistant secretary, Thomas Costa.

Winds from the north were pushing the smoke into the city, overpowering coastal breezes. Forecasts showed the wind would likely clear the air somewhat but also will fan the brush fires.