Stunning images show aftermath of eruption and tsunami in the Pacific

After an enormous undersea volcano erupted off the coast of Tonga on Saturday, photos and videos taken across the Pacific have captured the aftermath of the eruption, as well as the tsunami that followed.

The phenomenon prompted authorities worldwide to issue tsunami warnings and advisories as far away as British Columbia and Alaska, where a sonic boom could even be heard.

Images taken on the ground in Pacific coastal communities have shown the effects of the eruption -- from the massive mushroom cloud-like plumes of ash that it produced to the infrastructure damage caused by tsunami waves and flooding. 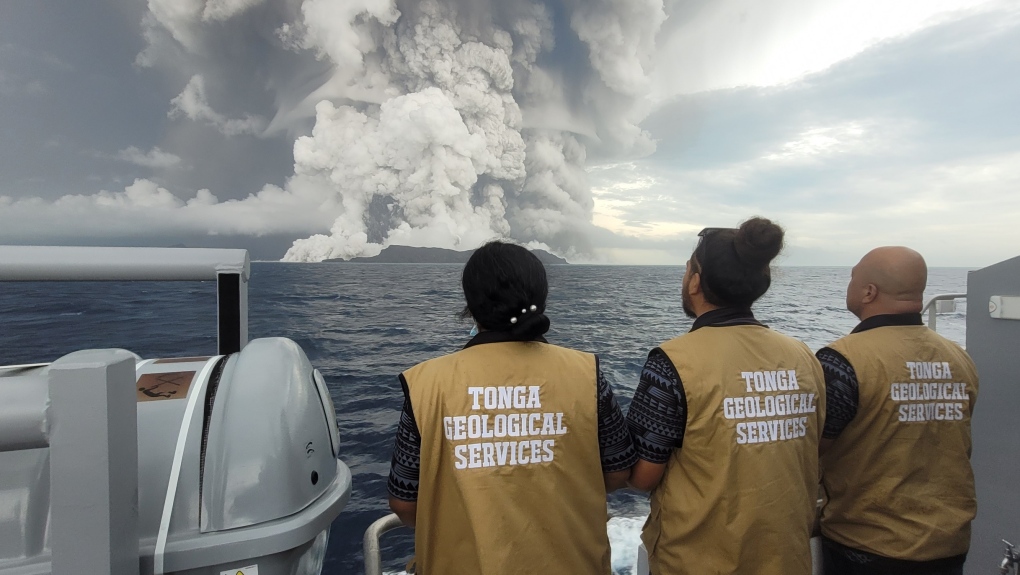 The Tonga Geological Services reported that the plume of smoke reached as high as 20 kilometres above sea level, spanning a radius of 240 kilometres. The agency also reported that ashfall had occurred on some of Tonga's islands, which can cause stinging or irritation to the eyes.

In a Facebook livestream verified by the news agency Storyful, Tonga resident Deborah Mahe filmed herself in a flooded church, with the water up to at least her ankles inside the building. Outside the window, floodwaters could be seen rapidly rushing through the street. 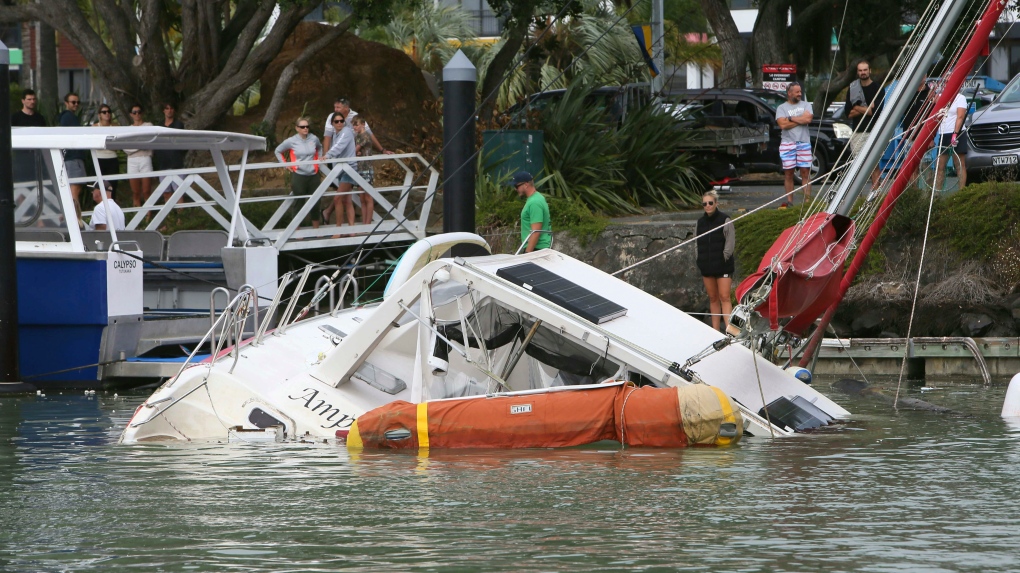 People look at a damaged boat in a marina at Tutukaka, New Zealand, Sunday, Jan. 16, 2022, after waves from a volcano eruption swept into the marina. 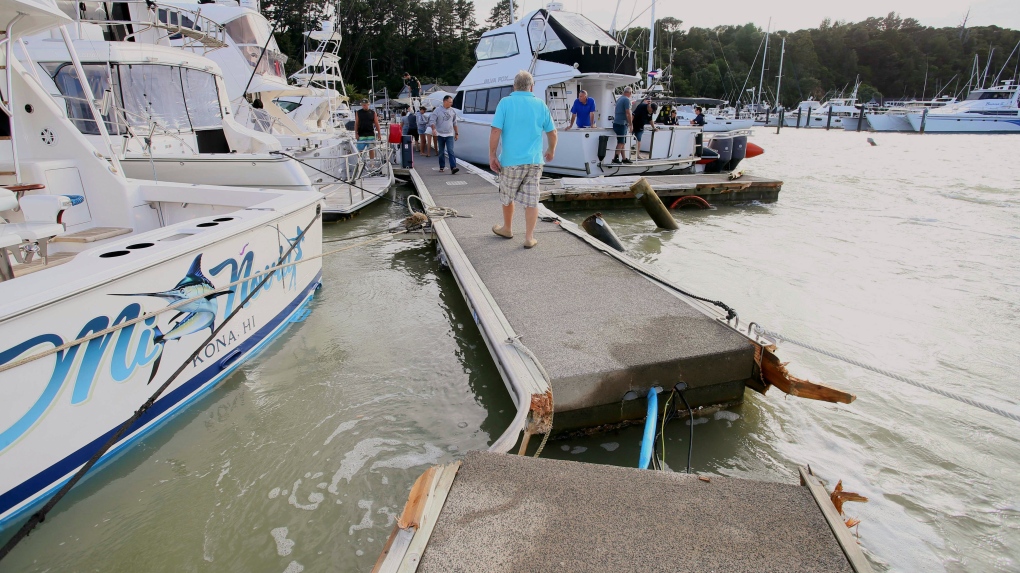 A dock is torn apart in a marina at Tutukaka, New Zealand, Sunday, Jan. 16, 2022, after waves from a volcano eruption swept into the marina. (Tanya White/Northern Advcate/NZME via AP) 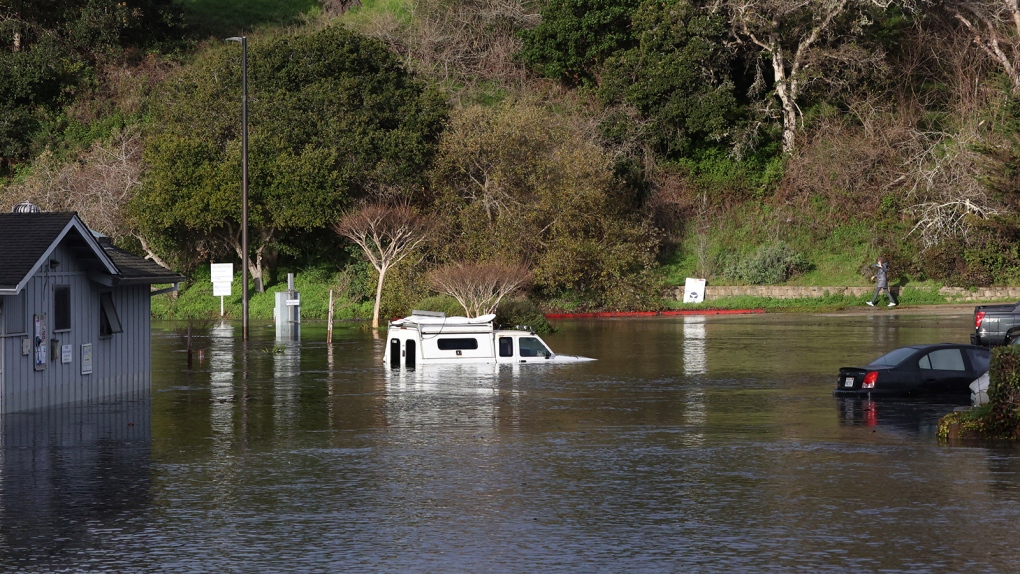 In Santa Cruz, Calif., nearly 8,500 kilometres from where the volcano erupted, tsunami waters surged through the harbour and inundated a parking lot. (Shmuel Thaler/The Santa Cruz Sentinel via AP)

Footage filmed by Pacifica, Calif. resident Savannah Peterson and confirmed by Storyful shows sea foam and waves crashing along the beachfront on Saturday morning and jumping over the seawall.

The white gunman accused of massacring 10 Black people at a Buffalo supermarket wrote as far back as November about staging a livestreamed attack on African Americans, practiced shooting from his car and travelled hours from his home in March to scout out the store, according to detailed diary entries he appears to have posted online.

'Great for all of Alberta': Flames, Oilers prepare for battle in second round

Johnny Gaudreau and Matthew Tkachuk weren't even born the last time the Calgary Flames and Edmonton Oilers met in the Stanley Cup Playoffs, but they still understand how much the Battle of Alberta means to fans of both teams.

Efforts were underway Tuesday to rescue the last of the defenders inside the Azovstal steel plant in the ruined city of Mariupol after Ukrainian officials said the fighters had 'completed their mission' and there was no way to free the plant by military means.

The Ukrainian government says Russia has shelled more than 1,000 schools, destroying 95. Intentionally attacking schools and other civilian infrastructure is a war crime. Experts say wide-scale wreckage can be used as evidence of Russian intent, and to refute claims that schools were simply collateral damage.