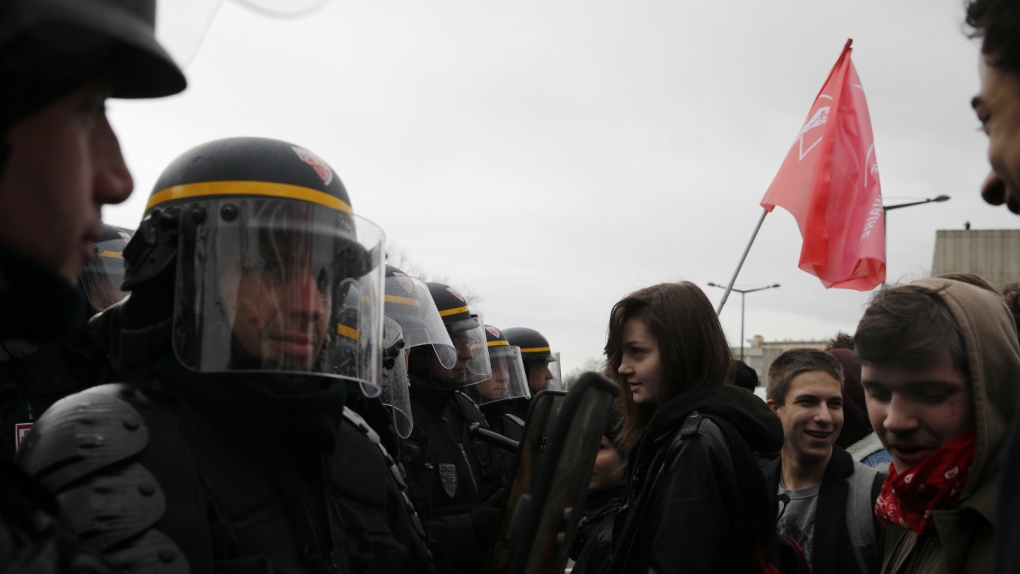 ROUEN, France - Students and medical workers are facing off against riot police in a protest over reforms by President Emmanuel Macron's government.

The protest is taking place Thursday outside a hospital in the Normandy city of Rouen, where Macron is visiting a unit dedicated to children with autism.

Local students also joined the protest. Students have been blocking some campuses around France in recent weeks to protest plans to allow selection at public universities, and other changes.

The protest comes after two days of crippling strikes on the state railway network. Macron's efforts to overhaul the French economy are meeting increasing resistance.