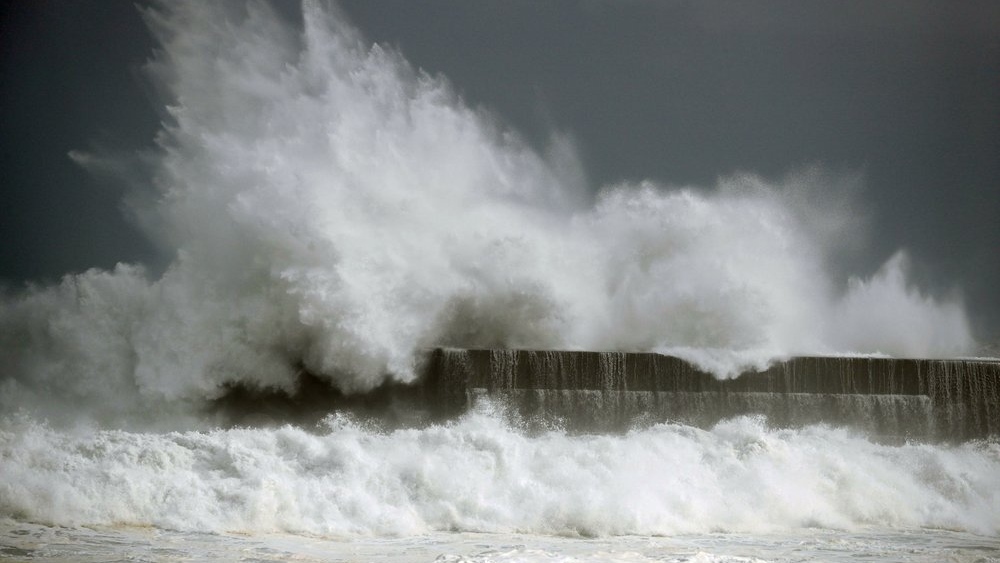 TOKYO -- A powerful typhoon lashed southwestern Japan on Thursday with massive rain and strong winds, leaving one dead and at least 34 others injured, paralyzing traffic and cutting power to thousands of homes during Japan's Buddhist holiday week.

Typhoon Krosa landed near Kure in western Hiroshima on Thursday afternoon and was travelling north with winds of up to 144 kilometres (89 miles) per hour, the Japan Meteorological Agency said.

An 82-year-old man fell into the sea while mooring vessels in Hiroshima. At least 34 others were injured, including four seriously, in 11 southwestern prefectures, according to the Fire and Disaster Management Agency. Kyodo News agency said 49 people were injured, citing its own tally.

Parts of the storm-hit region, including Hiroshima, are still recovering from deadly flooding last year.

A group of 18 people, including children, who had been stranded while camping on the bank of a swollen river in Oita, were safely rescued Thursday, the disaster management agency said.

More than 7,000 people have moved to shelters in 21 prefectures in the western half of the Japanese archipelago. Bullet trains connecting Osaka and Kokura in the west were suspended Thursday, and hundreds of domestic flights grounded, holding up holidaymakers.

More than 2,500 homes were without electricity Thursday night, according to the Ministry of Economy, Trade and Industry.

The typhoon was losing strength and was expected to become a tropical storm by early Saturday, but was still expected to dump large amounts of rain.

The agency predicted accumulated rainfall of up to 1.2 metres (4 feet) across Japan. Warnings for mudslides were issued in some areas including Nara and Wakayama.