Story of a dog found with a slit throat and duct-taped muzzle actually a hoax: police 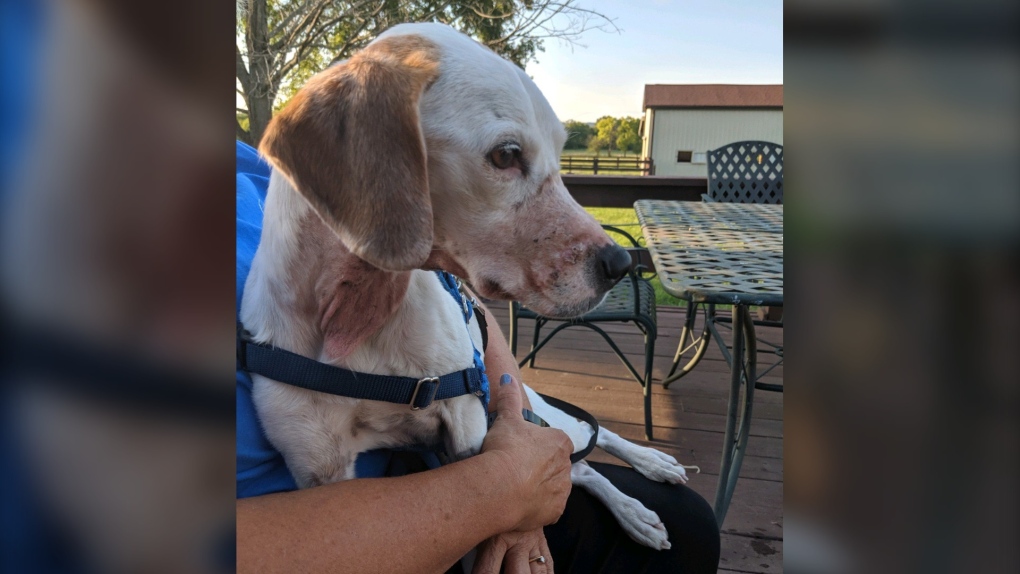 Ohio police are investigating a case involving a dog who managed to survive being left on the side of the road with a slit throat. (Butler County Sheriff's Office/Facebook)

After the tale of a dog found on the side of the road with a slit throat and her snout duct-taped shut went viral this week, Ohio police have found the shocking truth of the story: it was a hoax concocted to avoid veterinary bills.

A Facebook post by the Butler County Sheriff’s Office earlier this week said that a man driving home from work on Aug. 17 spotted the injured dog near Middletown, 60 kilometres north of Cincinnati.

The driver told officials that he realized she was bleeding from the neck when she ran out into the road and he pulled over and grabbed her.

The dog, whose name is Dani, was quickly taken to a veterinarian's office and treated for her wounds. She survived her injuries.

"This is appalling, words cannot describe the disgust I'm feeling right now," Sheriff Richard Jones said in the original Facebook post. "We will work diligently to find who did this and seek justice."

Now, they say they have found out what happened.

In a new post on Facebook, Jones wrote that the driver who claimed to have found the injured dog was not a heroic bystander, but in fact the pup’s owner.

“Upon interviewing the owner it was relayed to our detectives that the canine had cut its throat on a barbed wire fence,” the Facebook post reads. “(The owner) could not afford the veterinarian bills, so they concocted a story to get the canine help for free.”

There was never any duct tape around the dog’s muzzle either, the post said. The owner admitted that the apparent injuries around the dog’s snout came from the owners keeping her muzzled for several hours a day due to her displaying aggression towards their other dog, and chewing up personal belongings.

The post did not say whether the owner would face any charges.

What will happen to Dani now is unclear, but since the very first Facebook post about her, the community has flooded the Sheriff’s Office’s social media with adoption offers and questions about donations.

And according to photos Jones tweeted on Saturday, Dani appears to be doing well. "I love animals and take these cases very serious(ly),” he said in the tweet.

The Butler County Sheriff’s Office added in their most recent post that they had determined the event did not occur in Butler County, but that they would continue working on the case with the adjacent jurisdiction to see it through to the end.

Just a little update..her name is Dani and she is doing well. I love animals and take these cases very serious...I will keep you updated on her progress.. pic.twitter.com/lCDqS0k6tV