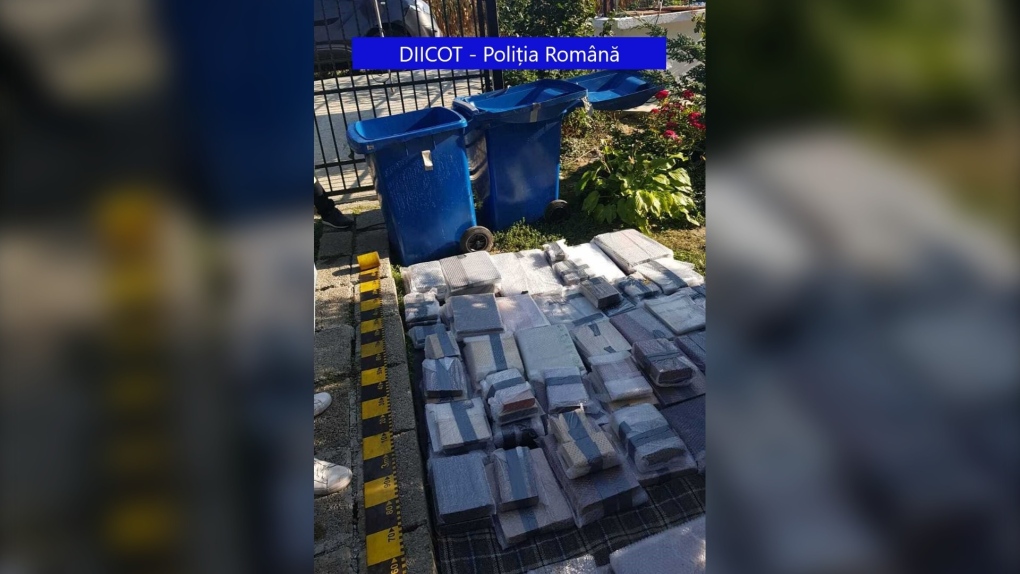 Books written by historical figures including Galileo and Sir Isaac Newton were among the hundreds of pieces of stolen literature found under a home in Romania. (DIICOT via Storyful)

TORONTO -- Books written by historical figures including Galileo and Sir Isaac Newton were among the hundreds of pieces of stolen literature found under a home in Romania.

Roughly 200 books, valued at about £2.5 million (C$4.2 million), were found hidden beneath a home in Neamt, Romania, London’s metropolitan police announced on Friday.

“The books, which include works from the seventeenth century by Italian astronomer Galileo, Sir Isaac Newton, and the eighteenth-century Spanish painter Francisco Goya, have a combined value in excess of £2.5 million, but are deemed to be of international importance and are considered irreplaceable,” a statement reads.

In January 2017, the books were stolen while being stored in a warehouse in West London where they were being prepared for shipment to Las Vegas for a book auction.

The suspects allegedly broke into the warehouse by cutting a hole from the roof and rappelling down to retrieve the books, all while avoiding sensors.

London police said the suspects were part of a Romanian organized crime group that is responsible for several warehouse burglaries in the U.K.

Ongoing operation between theses European police agencies have found 11 other incidents in London and across the U.K. where 2 million pounds (C$4 million) worth of property have been stolen, in the same way as the 2017 burglary. So far, 13 individuals have been charged in the U.K. for conspiring to commit burglaries between December 2016 and April 2019, with 12 of them pleading guilty.