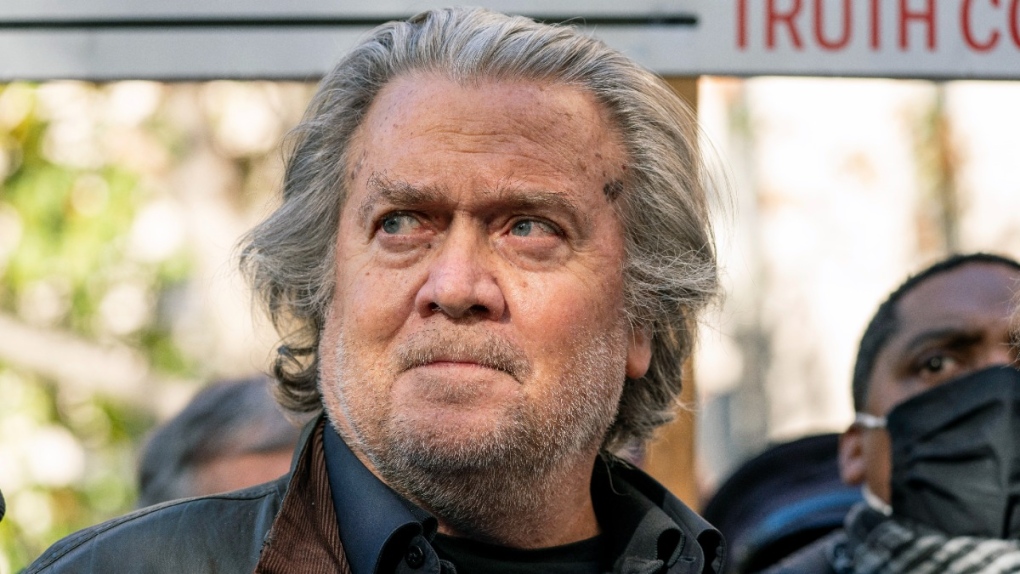 TIERNEY SNEED -- The U.S. Justice Department and Steve Bannon, ex-adviser to former President Donald Trump, are heading into court Tuesday to discuss Bannon's desires to make evidence public and not to schedule a trial until October.

In court filings and his legal team's previous appearances before Judge Carl Nichols, Bannon has signalled a desire to drag the proceedings out, claiming that the case is quite complicated and that it will require significant discovery into what drove the government's decision to charge him.

The prosecution stems from a referral from the U.S. House of Representatives after Bannon failed to cooperate with the House's January 6 probe. Bannon has pleaded not guilty to the contempt charge.

In a status report filed Monday night, they asked that the trial not be scheduled until mid-October, close to the midterm elections. Prosecutors, meanwhile, want to schedule the trial on or before mid-April and say presenting their case to a jury would take only one day of testimony.

"This case raises complex constitutional issues of first impression," Bannon contended in the Monday filing. "Some of these issues involve inter-branch relationships and on the operations of the U.S. government at its highest levels. There is no basis for having these issues adjudicated on a rushed basis."

Should Republicans take over the House in the midterm elections, the special committee investigating January 6 would expire at the end of 2022.

On top of these disagreements over the procedural timeline is a dispute between Bannon and prosecutors over a protective order the department is seeking to place on the evidence the government shares with Bannon for the case.

Bannon claims the proposed order would stifle his defence preparations, while the government has accused Bannon of seeking "to abuse criminal discovery to try this case in the media rather than in court." (CNN has joined several other media organizations in challenging the proposed protective order as well).

The tensions come after the flame-throwing right-wing media figure promised, coming out of his first appearance in court, that the case would be the "the misdemeanor from hell for Merrick Garland, Nancy Pelosi, and Joe Biden."