Stampede kills at least 20 at refugee camp in Niger 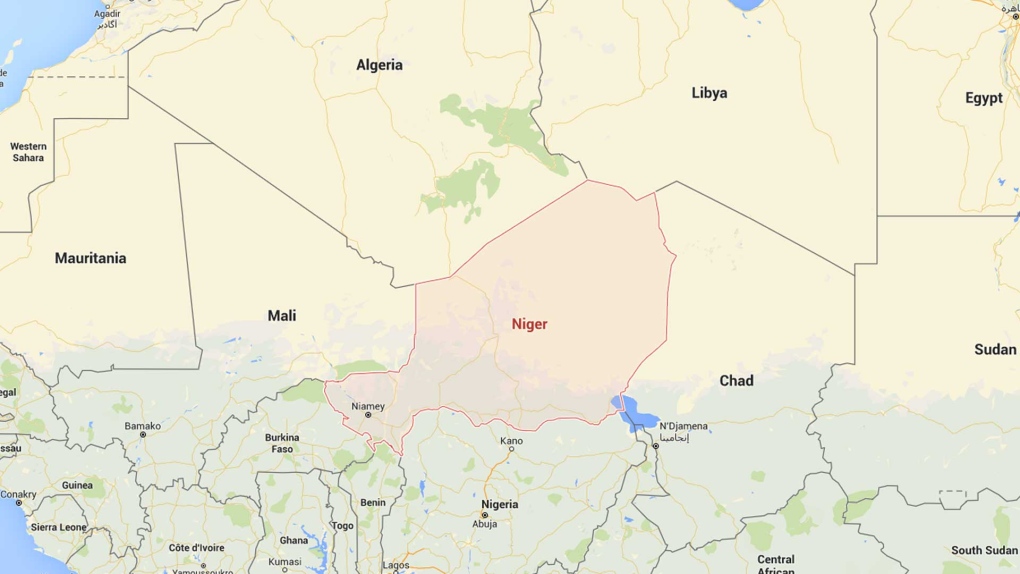 Niger is indicated on this Google Maps image. (Google)

NIAMEY, NIGER -- At least 20 people died in a stampede in Niger as they were being given food and goods at a refugee camp, a local official said.

Diffa governor Issa Lamine said 15 women and five children were killed and 16 others were injured Monday at the camp in the southeast for people who fled unrest in neighbouring Nigeria.

The United Nations refugee agency in a statement said is was "deeply saddened" by the report and said the food and cash was distributed independently by visiting Nigerian authorities. It called on aid efforts to be co-ordinated with local authorities.

Four refugees were among the dead, and it was feared that the toll of dead and injured could rise as more information came in from health facilities, the U.N. statement said.

Boko Haram's decade-long insurgency in northeastern Nigeria has killed tens of thousands and forced many more from their homes. An offshoot affiliated with the Islamic State group also carries out attacks. Bandits also plague parts of northern Nigeria.

The region of southeastern Niger bordering Nigeria's troubled Borno state hosts more than a quarter-million people who have been displaced by the violence, the U.N. said. The 120,000 refugees among them are "overwhelmingly" women and children.