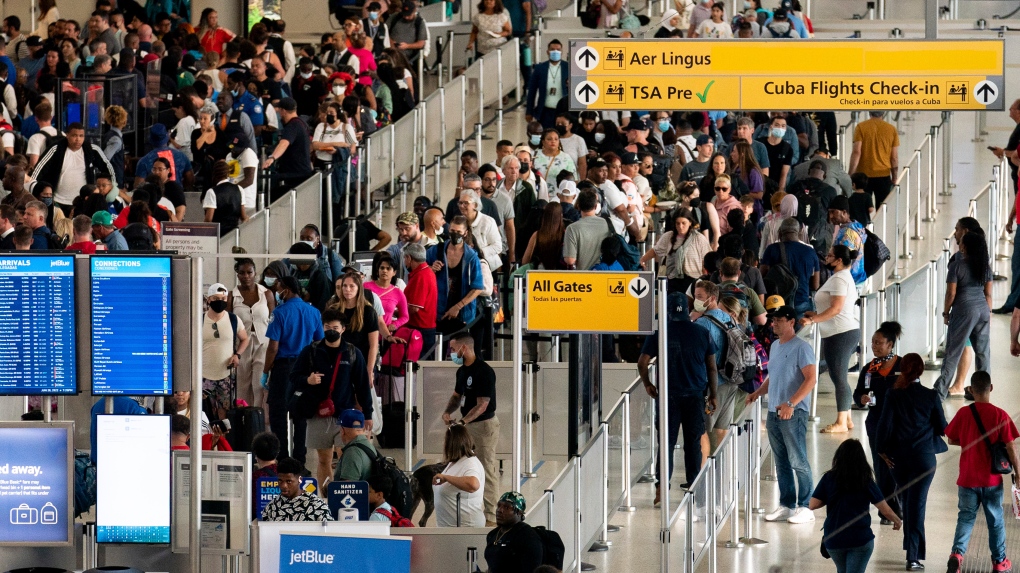 The Federal Aviation Administration said Monday that it was reducing flights in the area around New York City because of lack of staffing.

The FAA said passengers should check with their airline for information about particular flights.

"Due to the availability of staff tonight, the FAA must reduce the flow of aircraft in certain airspace serving New York City to maintain safety," the FAA said in a statement Monday afternoon.

Airlines and the FAA have traded blame for flight delays and cancellations this summer. Much of the airlines' charges have focused on a flight-control centre in Jacksonville, Florida. The FAA has promised to increase staffing there.

Spirit Airlines and Frontier Airlines have said that FAA staffing issues have prevented them from operating all the flights to Florida that they would like to schedule.

Rescuers searched for survivors among the ruins of Florida's flooded homes from Hurricane Ian while authorities in South Carolina began assessing damage from its strike there as the remnants of one of the strongest and costliest hurricanes to ever hit the U.S. continued to push north.