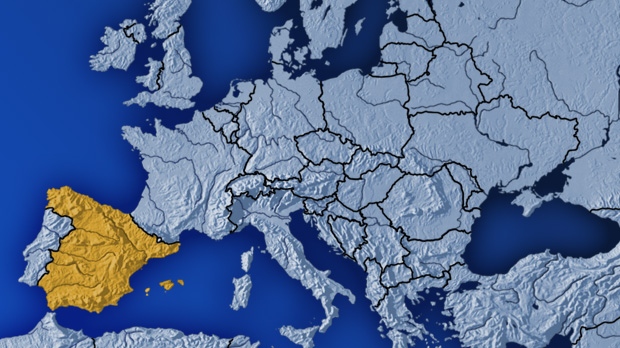 A Spanish university is investigating how dozens of bodies donated to medical science came to be piled up in a campus basement.

MADRID, Spain -- A Spanish university is investigating how dozens of bodies donated to medical science came to be piled up in a campus basement, following newspaper publication of grotesque images of the remains dumped in what the daily said resembled a chamber of horrors.

A statement from Madrid Complutense University said the bodies had been due for incineration as their use in research had ended but that spending cuts had caused delays.

It said it was an isolated occurrence and that the newspaper was distorting reality.

The university said the bodies had been treated with formaldehyde and mummified and posed no health risk.

El Mundo newspaper photo and video images Tuesday showed the discarded body parts, some not covered by sheets, piled on shelves and tables. The papers said there were some 250 bodies and that many had had been there for years.

It said some were kept in a refrigerated room, and compared the images to a mass grave.

The paper said the smell of death and formaldehyde was unbearable. The paper did point out that another medicine department at the university kept its donated bodies in very good conditions.

University spokeswoman Margot Almazan she could not comment on the number of corpses kept in the basement room or how long they might have been there until the probe was completed.

The university said it had reached an agreement recently with a funeral company and the bodies would be removed this week.