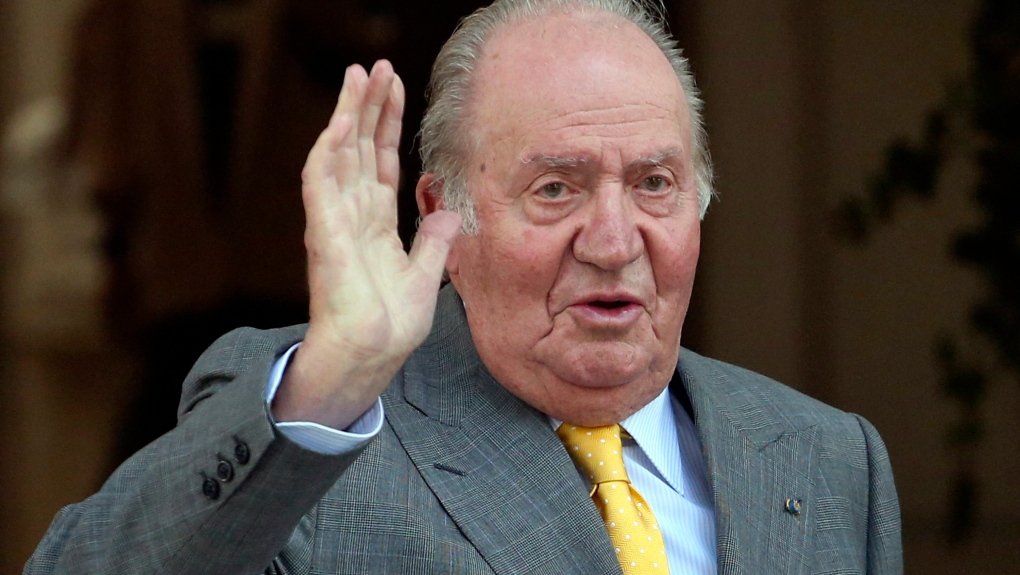 MADRID -- The former lover of Spain's King Emeritus Juan Carlos has filed a lawsuit with a British court accusing him of spying on her, the latest twist in a financial scandal plaguing the ex-monarch.

The London-based High Court said Wednesday that Corinna Larsen, a Danish-German businesswoman long linked to Spain's former king, had asked for a restraining order against Juan Carlos and compensation for damages for his alleged harassment.

The former king's lawyer didn't immediately respond to a request for comment by The Associated Press, but he has repeatedly defended Juan Carlos' innocence during the ongoing financial scandal that earned the suspicions of investigators in Switzerland and Spain.

Swiss prosecutors are looking at the transfer of several million euros given to Juan Carlos by Saudi Arabia's late King Abdullah. The former Spanish monarch later transferred a part of that sum to Larsen, who reportedly lives in London, in what investigators suspect was an attempt to hide it from authorities. It appears that Larsen's reluctance to return the money to Juan Carlos is the cause of their current animosity.

Juan Carlos, 83, abdicated to his son, Felipe VI, in 2014. Since then his reputation as a leader of Spain's democratic transition following the dictatorship of Gen. Francisco Franco has been tarnished by this and other scandals.

He left Spain last August to take up residence, at least temporarily, in the United Arab Emirates after Spanish investigators opened a probe into whether he had received kickbacks for a contract that Saudi Arabia awarded a Spanish consortium.