Spain's Princess Cristina in court for end of fraud trial 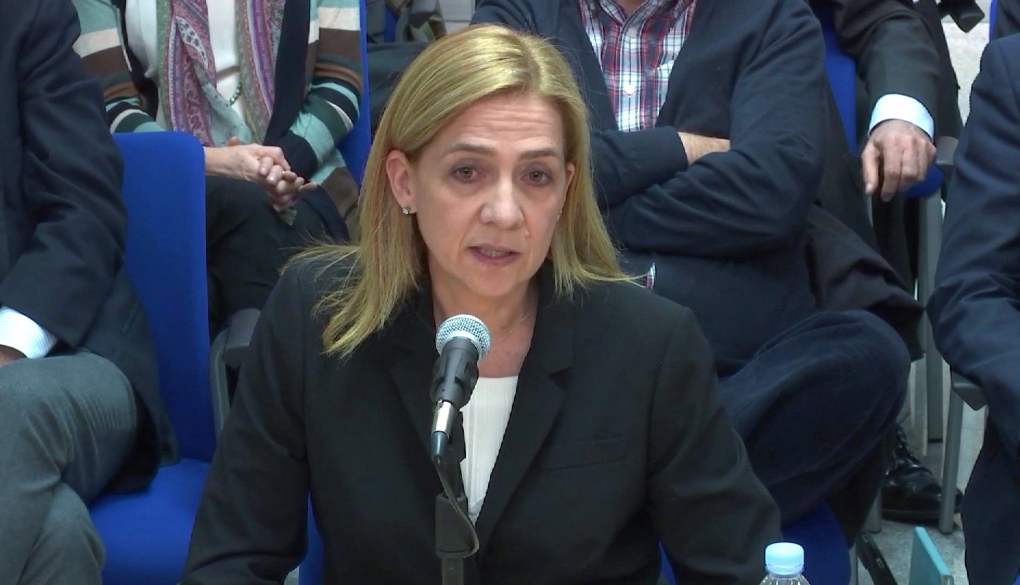 MADRID -- The lawyer for Spain's Princess Cristina argued in court Tuesday that the sister of King Felipe VI should be found innocent of tax fraud after an anti-corruption group lawyer insisted she should be jailed for eight years.

Pau Molins urged a panel of three judges to "restore justice" for Cristina during final defence arguments in the trial that also includes her husband and 15 others charged with an alleged scheme to defraud millions in public contracts for sports events and conferences.

Prosecutors are seeking a 19-year jail sentence for Cristina's husband Inaki Urdangarin, an Olympic handball medallist turned entrepreneur. His lawyers on Tuesday also insisted that he committed no crimes and should be cleared by the panel.

A prosecutor and a state attorney representing Spanish tax authorities have said officials agreed she committed no crimes and should face at most an administrative fine for tax evasion.

The judges could take weeks or months to issue verdicts.