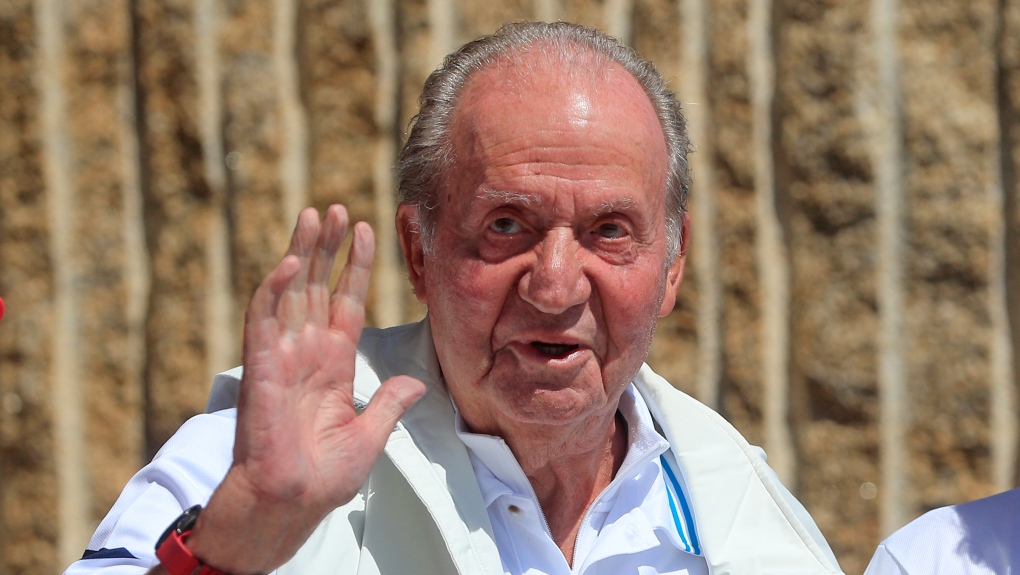 Spain's former King Juan Carlos waves before a reception at a nautical club prior to a yachting event in Sanxenxo, north western Spain, Friday, May 20, 2022. (AP Photo/Lalo R. Villar)
LONDON -

Spain's former king, Juan Carlos I, on Tuesday won the latest stage of a London court battle with an ex-lover who accused him of harassment after they split up.

Danish socialite and businessperson Corinna Larsen, 57, was the unofficial partner of Juan Carlos for years. She sued the former monarch, alleging he caused her "great mental pain" by spying on and harassing her after their relationship ended.

A U.K. High Court judge ruled earlier this year that Larsen's claims could be considered at a trial in England. But Juan Carlos won on appeal Tuesday when three appeals court judges concluded that the alleged harassment took place before Juan Carlos abdicated in 2014 and was "immune from the jurisdiction of the courts of this country."

Larsen sued the former monarch in 2020, accusing him of allegedly orchestrating threats and ordering unlawful covert and overt surveillance.

She wanted damages resulting from "a continuous and ongoing campaign of harassment" against her that allegedly started in 2012 after they broke up.

Larsen's lawyers have said the alleged conduct "includes (the former king) or his agents smearing (Larsen) and her business in the media, following her, entering her home in Shropshire (England) and bugging her homes and electronic devices."

One of the lawyers, Michael Kim, said Tuesday's ruling did not end the lawsuit. He said the overwhelming part of her claim, from 2014, "remains unaffected and should proceed to trial."

Juan Carlos was once one of Spain's most respected public figures for his role in the country's return to democracy following the death of dictator Francisco Franco in 1975. But scandals involving Spain's royal family began to mount in the later years of his reign, leading Juan Carlos to abdicate in 2014 in favour of his son, King Felipe VI.

A powerful 7.8 magnitude earthquake hit southeast Turkiye and Syria early Monday, toppling buildings and sending panicked residents pouring outside in a cold winter night. At least 100 were killed, and the toll was expected to rise.