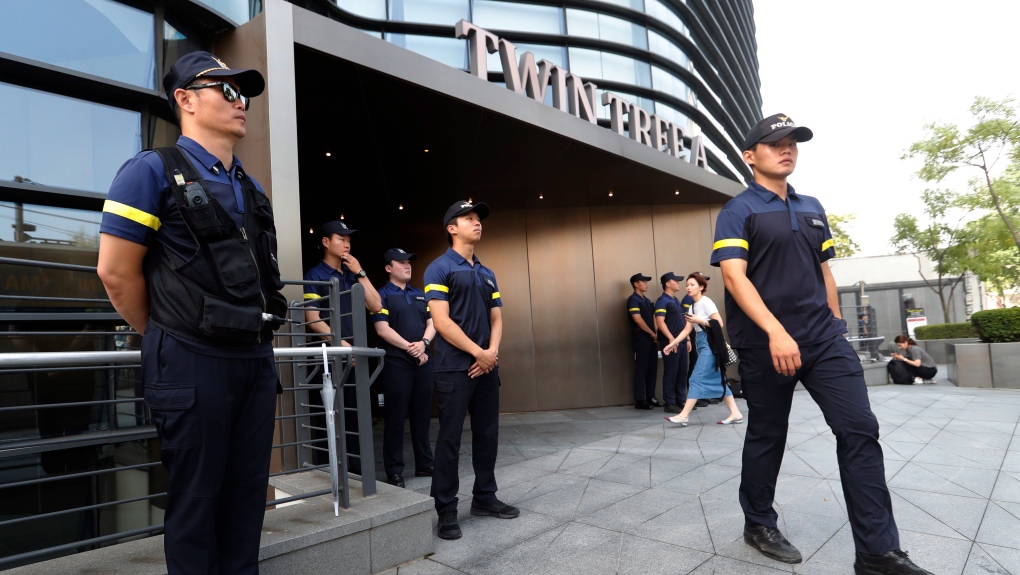 SEOUL, Korea, Republic Of -- A 78-year-old South Korean man died hours after setting himself ablaze near the Japanese Embassy in Seoul on Friday, police said, at a time of worsening tensions between Seoul and Tokyo.

The man, surnamed Kim, ignited a fire inside his car parked in front of the building where the Embassy is located. The man died later Friday while being treated at a Seoul hospital, police said.

Police said Kim had phoned an acquaintance earlier to say he planned to self-immolate to express his antipathy toward Japan.

Kim's family told investigators that his father-in-law had been conscripted as a forced labourer when the Korean Peninsula was under Japan's colonial rule from 1910-45, according to a police statement.

No suicide note was found. Police earlier said flammable materials were found in the car that Kim borrowed from an acquaintance Thursday.

The man's self-immolation comes with relations between Seoul and Tokyo at their worst in decades after Japan recently tightened export controls for some high-tech materials.

If his self-immolation is found to be directly related to the Japanese curbs, it would the first such action in South Koreasince anti-Japanese sentiments flared up over the trade restriction.Some activists and residents in South Korea are staging anti-Japan demonstrations and campaigns to boycott Japanese products, but those have been limited so far.

South Korea and Japan are both key U.S. allies. But they often have been embroiled in disputes stemming from the Japanese colonial occupation.

South Koreans have been staging largely peaceful anti-Japan rallies near the Japanese Embassy in Seoul for decades. Occasionally, they have turned violent, with demonstrators cutting their own fingers or scuffling with police officers.

In 2017, a South Korean Buddhist monk died after setting himself ablaze to protest a 2015 agreement with Tokyo meant to settle an impasse over the coercion of Korean women into sex slavery for Japanese soldiers before and during the Second World War.