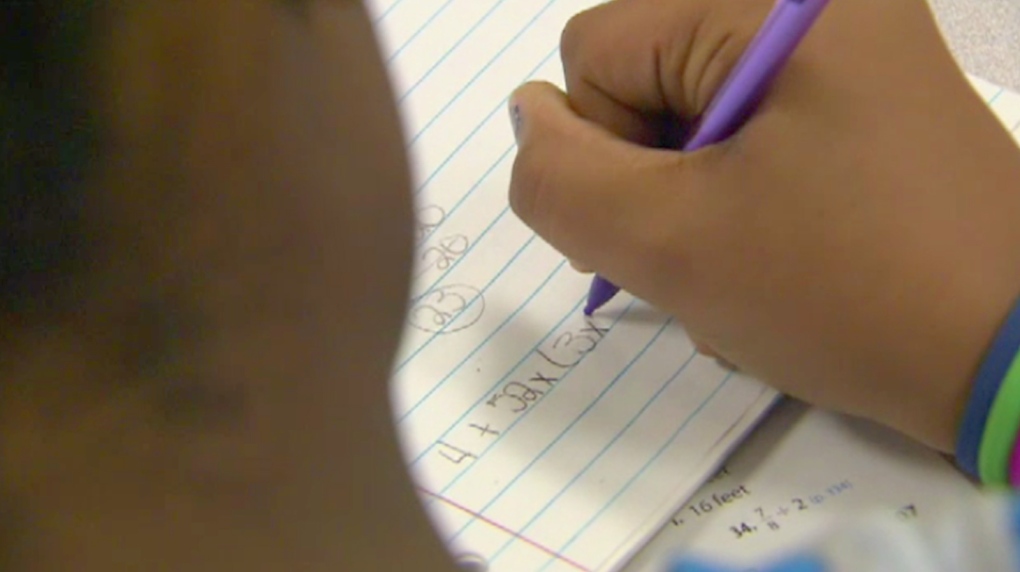 A math question comparing the weight of three hypothetical Grade 4 girls is being called 'offensive.' (File)

A math question comparing the weight of three hypothetical Grade 4 girls offended one Utah student enough that she refused to answer it and is speaking out.

“Sorry I won’t (write) this it’s (rude),” wrote 9-year-old Rhythm on her homework, circling the question and adding “What!!!!” above it. The question presented the weights of Isabel, Irene and Sue and asked students to determine how much heavier Isabel is than the lightest of the three.

“I thought it was offensive,” said Rhythm in an interview with Fox 13 News in Murray, Utah. “Girls shouldn’t be comparing each other. I know it was a math problem, but I didn’t think that was really OK.”

Instead of completing the question, the girl wrote a letter to her teacher. “I don’t want to be rude, but I think that math problem wasn’t very nice. I thought that was judging people’s weight,” she said.

The girl’s mother, Naomi Pacheco, said the teacher was responsive and supported her decision not to answer the question. “I feel like it’s such an irresponsible way to teach children how to do math,” said Pacheco to Fox 13.

Eureka Math, who provided the school district with the math modules, said they have never had a complaint about one of its questions.

“There is no value judgment in the question about weight, it’s merely a comparison,” said company Director of Marketing Communications Chad Colby in a phone interview with Fox 13. He said he did not believe there was reason for the company to address the question or remove it. “It sounds like the parent is putting the value judgment on it, not the question.”

Other questions in the same homework asked about watermelon and dogs.