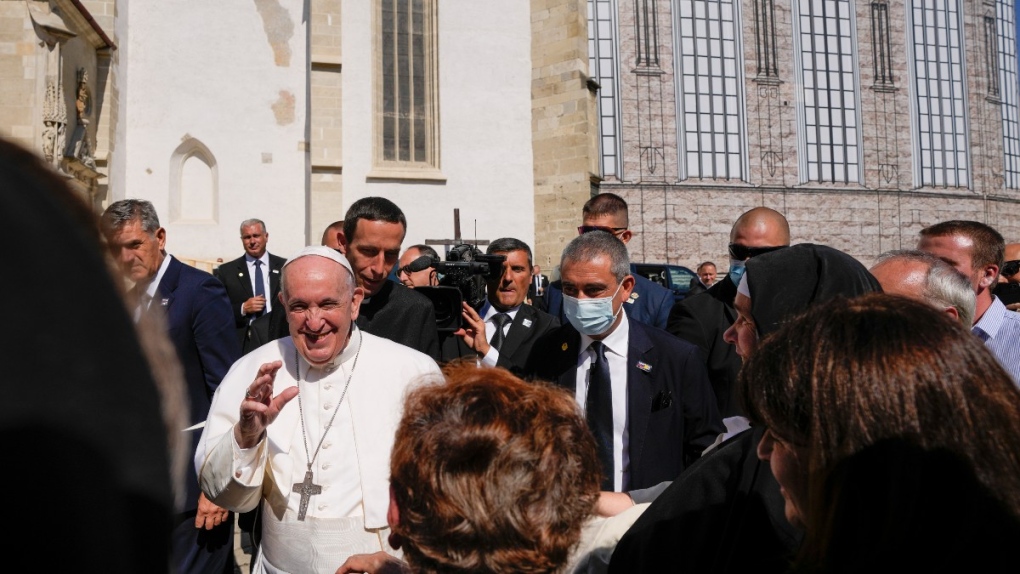 ROME -- Pope Francis has acknowledged his increasingly vocal conservative critics, saying their "nasty comments" were the work of the devil and adding that "some wanted me dead" after his recent intestinal surgery.

Francis made the comments during a Sept. 12 private meeting with Slovakian Jesuits soon after he arrived in the Slovak capital of Bratislava during his just-finished visit. A transcript of the encounter was published Tuesday by the Jesuit journal La Civilta Cattolica, which often provides after-the-fact accounts of Francis' closed-door meetings with his fellow Jesuits when he's on the road.

Francis showed his dark sense of humour throughout the encounter, particularly when a priest asked him how he was feeling. The Sept. 12-15 Hungary-Slovakia trip was Francis' first international outing since undergoing surgery in July to remove a 33-centimetre (13-inch) chunk of his large intestine.

"Still alive," Francis quipped. "Even though some wanted me dead. I know there were even meetings among priests who thought the pope was in worse shape than what was being said. They were preparing the conclave."

The comment was a reflection of the intense interest in the pope's health, and the speculation about what would happen if he were to fail that always accompanies a pontiff but is perhaps more acute with a pope who has attracted vocal opposition from part of the church. After his 10-day hospital stay, Italian media began speculating that Francis might resign and pointed out the need for norms to regulate a second retired pope.

Francis has previously said resigning "didn't even cross my mind."

Francis was also asked about how he deals with divisions and with people who view him with suspicion. It was a reference to Catholic conservatives who have long criticized Francis' critiques of capitalism and his focus on the environment and migrants.

Their criticism turned to outrage after Francis in July cracked down on the celebration of the old Latin Mass. Francis reversed Emeritus Benedict XVI and re-imposed restrictions on celebrating the old rite, saying the move was necessary because the Latin Mass had become a source of division in the church and been exploited on ideological grounds.

In his response, Francis referred to the Latin Mass outcry and noted that there was a "big Catholic television station that continually speaks poorly about the pope." He didn't name it but it could have been a reference to the EWTN media conglomerate, which has been critical of the papacy and in particular Francis' new restrictions on the old Latin Mass.

"I personally might merit attacks and insults because I'm a sinner, but the church doesn't deserve this; it's the work of the devil," he said. "Yes there are priests even who make nasty comments about me. Sometimes I lose my patience, especially when they make judgments without entering into a real dialogue. You can't do anything with that."

But Francis said his reaction is to just preach. "I just go forward without entering into their world of ideas and fantasies," he said.

This version corrects the date of the pope's meeting to Sept. 12, not Sept. 13 as reported by Jesuit magazine.